This vendor has been roasting chicken with sunlight for 20 years

Sila Sutharat, a roasted chicken street vendor from Phetchaburi, Thailand, has come up with an ingenious way of cooking chicken. Instead of an oven or a charcoal barbecue, he uses 1,000 mobile mirrors that concentrate sunlight into a strong beam.

He basically cooks meat with over 300 degrees Celsius of natural sunlight.

Like most other street vendors, Sila used to cook his chicken over a charcoal fire, but that all changed in 1997, when a mundane observation gave him a brilliant idea.

One day, he was hit by the sunlight reflected off the window of a passing bus, and he felt its heat. “I could possibly change it into energy,” Sila told himself, and started working on a contraption to capture the sunlight and use it to cook his chicken. 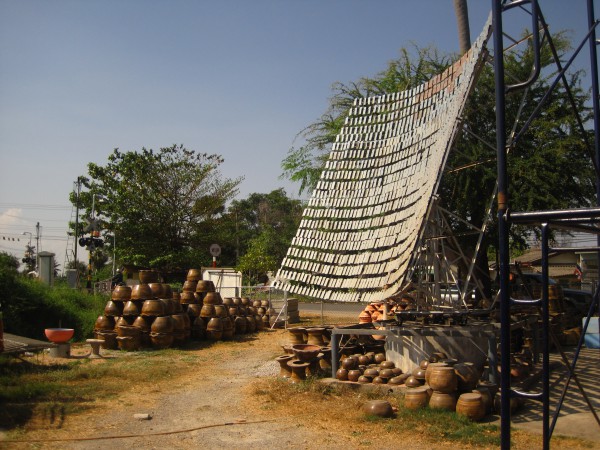 “They said that I’d gone mad, that cooking chicken like this was impossible,” Sutharat told AFP about how people reacted to his idea.

But he didn’t let their jokes and insults get to him, and in the end he was the one who had the last laugh. His invention, a panel featuring 1,000 small, movable mirrors worked exactly as he predicted, allowing him to cook a 1.5 kg chicken in just 10 to 15 minutes.

“After a long time passed by, they’d say: ‘Actually, you could do it’,” the vendor recalls. The curbed metal frame to which the mirrors are attached concentrate sunlight onto a rotating row of marinated chickens. In just a few minutes, the meat and skin starts to sizzle.

Suthrat claims that his invention can generate up to 312 degrees Celsius, which is why he always wears a welder’s mask instead of a cook’s hat, when operating it. 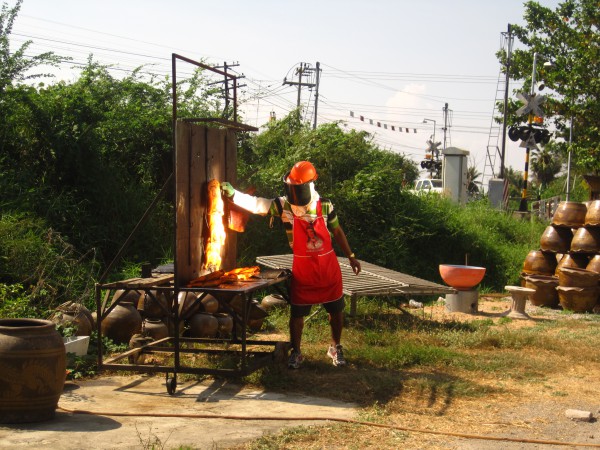 Sila’s solar roaster is an unusual sight that has attracted quite a few curious clients eager to taste Sila’s sun-cooked chicken.

He’s been using this sustainable cooking method for two decades now, and claims it’s much better than traditional roasting methods. It’s virtually free, cooks the chicken evenly, and best of all, it’s 100% clean.