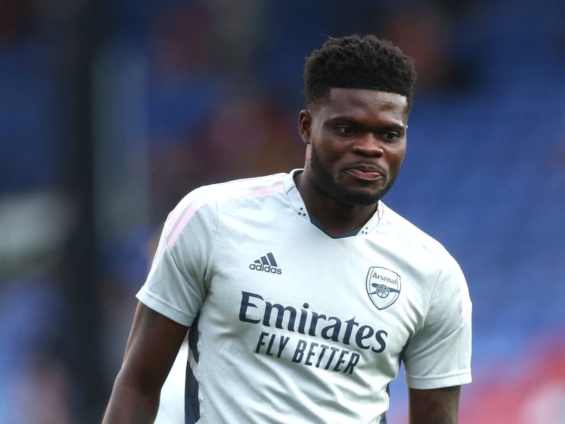 Partey was part of Ghana’s squad to face Brazil and Nicaragua in friendly games last week but he pulled out during the warm up ahead of the Brazil game in France and did not feature.

The 29-year-old was subsequently allowed to fly back to London on Sunday, before Ghana played Nicaragua in Spain on Tuesday.

Ghana Coach Otto Addo confirmed later that the decision to excuse Partey from the two games was only precautionary, but it appears Arsenal will benefit fully from that decision as Arteta confirmed the former Atletico Madrid man, along with Oleksander Zinchenko and Kieran Tierney, has been included in the team to face Spurs.

“They are part of the team.

“We just finished the last training session, we had many players arriving yesterday so we had a short period to prepare the match but the boys look in good condition.”

Arsenal went into the international break ahead of Spurs and Manchester City at the top of the Premier League  and can open up a four-point gap over both teams with victory on Saturday lunchtime.

DISCLAIMER: The Views, Comments, Opinions, Contributions and Statements made by Readers and Contributors on this platform do not necessarily represent the views or policy of Multimedia Group Limited.
Tags:
Arsenal
north London derby
Thomas Partey