Threat of terror: ‘Be vigilant of suspicious behaviours’ – GPCC 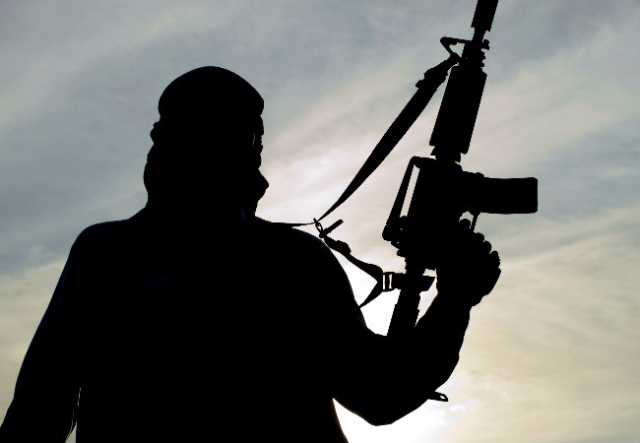 General Secretary of the Ghana Pentecostal and Charismatic Council (GPCC), Rev. Emmanuel Barrigah, has urged Ghanaians to be vigilant and report suspicious characters to the police.

Rev. Barrigah made the comment on  Monday, May 20, 2019, on Adom FM’s current affairs show, Burning Issues in the wake of a threat of terrorism that has gripped the country.

He said even though “the security services have assured us of their preparedness to counter any terrorism that comes up,” Ghanaians must be cautious and vigilant.

The Africa Centre for Security and Intelligence Studies (ACSIS) has issued an alert that Salafi Jihadist group based in Burkina Faso has been moving in and out of Ghana through the border with Burkina Faso over the past four months.

According to ACSIS, the Salati-Jihadist has shifted its attention to Christian Churches in Ghana targeting the Northern part of the country and some illegal mining communities in the country after attacking a church in Burkina Faso recently.

Rev. Barrigah says the GPCC said some of its members have “started installing security devices at their churches” ahead of a security review meeting.

Meanwhile, ACSIS’ Paul Boateng speaking on the same show noted that the “numerous guns being given to people is dangerous.”

”A background check must be thoroughly organised before a gun would be given someone to ascertain whether the person has no criminal record, is not a felon, not quick-tempered and several other checks before a gun can be issued,” he averred.

Also, Head of Programmes of the African Centre for Counter-Terrorism, Sule Ibrahim told Akua Boakyewaa Yiadom on the current affairs show that Ghana is not ready to combat any terrorists attack in case it is hit by one.

Ibrahim says security agencies have not put any measures in place to sensitise the public on security consciousness.

Terrorism, according to him, can be overcome by education.

“Ghana’s borders have no boundaries to prevent illegal migrants making it [Ghana] vulnerable. The Burkinabe’s trooping to Ghana cannot be stopped because the United Nation’s laws permit them to come when they are in trouble,” he said.

Aside measures being taken by churches and other religious bodies to avert the looming threat, he equally advised schools, universities, churches, hotels and places where plenty people meet to be alert since such places are always the targets of terrorists.

He also urged the security forces to properly probe foreigners to expose migrants with ill-intentions.

He also urged taxi drivers to engage their passengers in conversations to pick up possible ill-intentions.