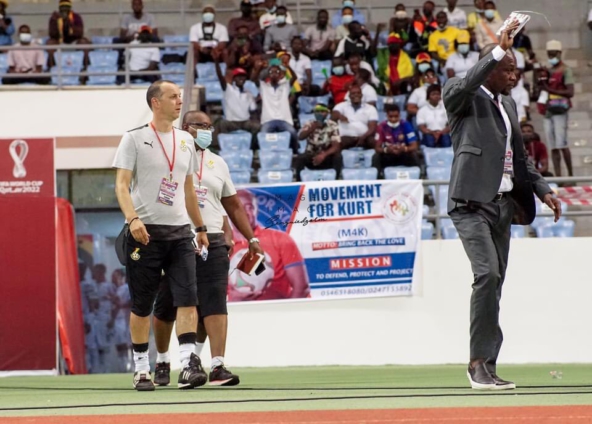 Recent research conducted by the Joy Sports team reveals that three of Charles Akonnor’s four victories as head coach of the Black Stars have come against teams ranked lower than 120th.

Akonnor, who was appointed as the new coach of Ghana in January 2020, had to wait 10 months before his first game due to the outbreak of Covid-19.

His debut game was one to forget as the Black Stars were thrashed 3-0 by Mali. However, Akonnor recorded his first and biggest win so far against a Qatar side ranked 55th at that time, winning 5-1.

Since then, the 47-year-old coach has gone on to win three other games against Sudan, Sao Tome and Principe and Ethiopia who were ranked 128th, 187th and 137th respectively.

🔢 Rankings of teams at the time CK Akonnor faced them as Ghana coach:

The former Asante Kotoko coach has attracted a lot of criticism after winning just 40% of his first 10 games in charge of the Black Stars.

Despite the backlash, Akonnor still remains head coach and is poised to lead the team once again in October when they face Zimbabwe in the World Cup qualifiers.