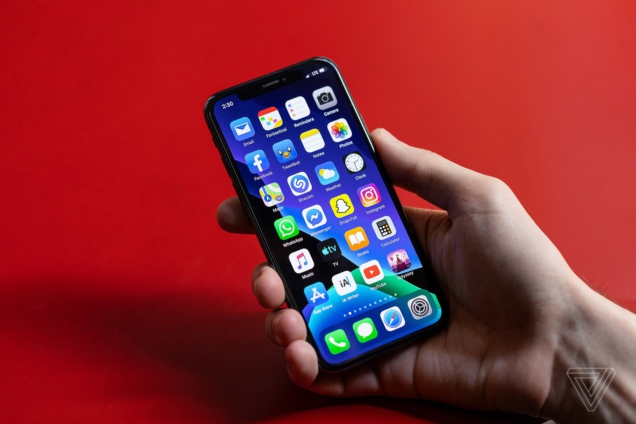 One of the best things about Android compared to iOS is the greater level of control users are given, with side-loading of apps being one of the biggest benefits.

This means you can download apps from repositories other than the PlayStore, and there are a variety of apps worth side-loading.

Now, Apple CEO Tim Cook, has spoken out against the practice of side-loading apps onto iPhones in an interview with Brut America.

“That [side-loading – ed] would destroy the security of the iPhone and a lot of the privacy initiatives that we built into the App Store, where we have privacy nutrition labels and app tracking transparency, where it forces people to get permission to track across apps,” Cook explained.

“These things would not exist anymore except in people that stuck in our ecosystem, and so I worry deeply about privacy and security.”

Cook also claimed that Android has 47 times more malware than iOS. The Apple CEO didn’t cite a source for the claim, but a 2019 Nokia report found that Android was responsible for 47% of detected malware infections versus under 1% for iPhones.

However, detected malware infections on Android fell to 26.6% according to the 2020 report, while iPhones rose to account for 1.7% of observed infections.

So Cook’s quoted figure isn’t accurate if he indeed cited the old Nokia report. Nevertheless, what’s the reason for this apparent discrepancy?

“It’s because we’ve designed iOS in such a way that there’s one App Store and all the apps are reviewed prior to going on the store,” Cook elaborated.

It also goes without saying that malicious actors tend to target the most popular platforms, with Android being the top smartphone platform globally.

Does the reasoning hold water?

There’s no doubt that the ability to side-load apps does come with a security risk and could theoretically contribute to more malware. But Android phones are restricted to using the Play Store and/or an OEM app store by default.

Users wanting to side-load an app still need to grant this ability to an app like Chrome explicitly, and the browser also warns users that the APK file can harm users.

It’s just that iPhone owners have more hoops to jump through, making it harder for malicious apps to be installed.

Speaking of hoops, Apple already allows sideloading apps on the iPhone if the user has a developer account.

Furthermore, the company’s own App Store isn’t perfect, as the Washington Post previously reported that almost 2% of the top 1,000 grossing apps on the store were scams.

The App Store was also recently in the spotlight after it emerged that 2,500 apps containing malware were uploaded to the store, with over 120 million customers downloading the infected apps.

That’s not to say the Play Store is perfect either, as we frequently see reports of malicious apps being discovered on the store. But it does suggest Apple’s own store isn’t as secure as the firm would have you believe.

It’s also interesting to note that Android 12 will offer better support for alternative app stores, with Google laying out certain conditions for these stores to improve security.

So the search giant seems to think that there’s a way to embrace side-loading while still offering a level of security.

Do you value the ability to side-load apps on your phone? Let us know via the poll above.

DISCLAIMER: The Views, Comments, Opinions, Contributions and Statements made by Readers and Contributors on this platform do not necessarily represent the views or policy of Multimedia Group Limited.
Tags:
Android
iOS
Malware
Tim Cook