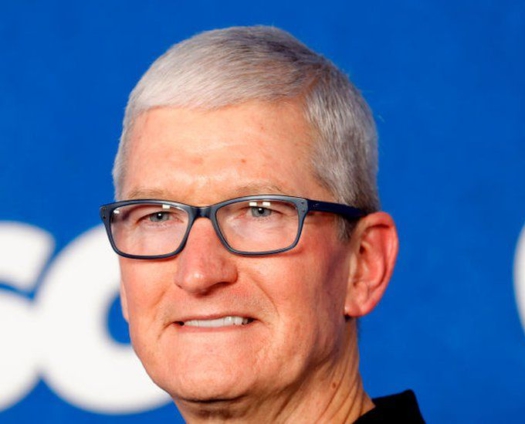 Investors are being urged to vote against a $99m (£73m) pay package awarded to Apple boss Tim Cook last year.

Institutional Shareholder Services (ISS) said it has “significant concerns” over the size of the award, up from $14.8m the year before.

Mr Cook, whose net worth is reportedly more than £1bn, received the pay in shares, salary, and for other costs.

In a letter to shareholders, the ISS said there are “significant concerns” over the “design and magnitude” of the package. “Half of the award lacks performance criteria,” ISS said.

Mr Cook, 61, who has often spoken publicly about his concerns over equality and human rights issues, said in 2015 that he would give away his entire fortune before he dies.

According to ISS, Mr Cook’s pay was 1,447 times more than the wage of an average Apple employee.

His package included $630,600 in personal security costs and $712,500 for personal use of a private jet. ISS said the cost of such perks “significantly exceeded” comparable companies last year.

Last year, a US Securities and Exchange Commission (SEC) filing showed that Mr Cook donated almost £7.4m worth of Apple shares to charity, without naming the recipient.

The company behind the iPhone, iPad, and MacBook became the first company to hit a $3tn (£2.2tn) stock market value in January before dipping to its current value of $2.8tn (£2.1tn).

Apple is due to hold its annual meeting for shareholders in the first week of March. However, shareholder votes are only advisory, while Apple’s board decide on pay packages.

Companies in the US, and UK, are facing stronger shareholder opposition over pay and compensation.

Asset manager Blackrock, Exxon’s second-largest shareholder, doubled its votes against executive pay proposals in the Americas in early 2021, compared to 2020.

In the UK, more than twice as many FTSE 100 companies faced shareholder revolts than in 2020, condemning executive pay-outs when many employees faced added financial hardships in the pandemic.

President Joe Biden and congressional Democrats have called for higher taxes on the billionaires and big business to help pay for a major social spending package. The proposal would raise about $16bn by limiting deductions for executive compensation.

DISCLAIMER: The Views, Comments, Opinions, Contributions and Statements made by Readers and Contributors on this platform do not necessarily represent the views or policy of Multimedia Group Limited.
Tags:
Apple Boss
Backlash
Tim Cook