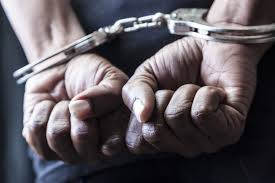 A 42-year-old Togolese national has been arrested by the Nima police for importing fake Vermox – a drug used to treat worm infections.

Eugene Zomakpw was arrested after port-market surveillance conducted by the Food and Drugs authority (FDA).

The surveillance team impounded more than 21 boxes of the fake drugs in a Redemption Pharmacy shop at St. Johns near Achimota.

According to the FDA, the counterfeit medicine lacks the active ingredient required to perform the deworming function. Head of Surveillance and Drug Enforcement at the FDA, Issaka Collinson Cofie has warned the public about the fake brand of dewormer because more of it are on the market.

He says the FDA is also collaborating with the Pharmaceutical Society of Ghana and other stakeholders to clamp down on pharmacies which sell these counterfeited drugs.

“We have to collaborate with a lot of our stakeholders. The FDA will issue letters to them including the Ghana Revenue Authority, Customs Division to be on the alert.”

He advised that “if you want to buy any medicine you have to source the medicine through accredited agencies”.

He pleaded with the public to report persons who are dealing in the fake drugs to the FDA or the police.