Tourism Minister anticipates $2bn to be made from 'Beyond the Return' this year - MyJoyOnline.com 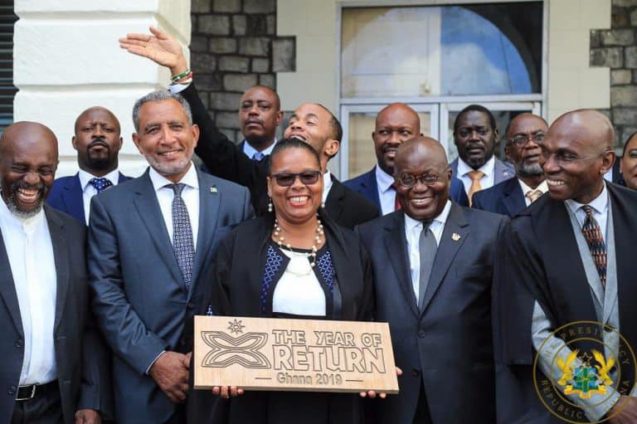 The Tourism, Arts and Culture Minister says he expects the country to rake in at least $2 billion from international tourism this December as part of the “Beyond the Return” celebrations.

Dr Ibrahim Mohammed Awal said this at a press briefing organised by the Ghana Tourism Authority (GTA) to outline a list of events that have been certified to take place as part of the celebration.

According to him, “We are expecting 600,000 tourists, in 2019 it was about $3,000 per person spent out of the numbers that came into the country so even if it goes down to about $2500 per person, multiply that by 600, and we are getting close to two billion and that goes to all the players in tourist hotel owners, chop bars etc and also taxes for the government for development.

So at least we are expecting two billion plus in terms of revenue coming from international tourism”, Dr. Awal noted.

Adding that, government intends to redistribute income obtained from the domestic tourism.

“Beyond the Return” is a follow-up to the successful “Year of Return” Ghana 2019 campaign, which commemorated the 400th anniversary of the arrival of the first recorded enslaved Africans in Jamestown Virginis in 1619.

The festivity is celebrated to welcome all people of African origin or descent especially Ghana.