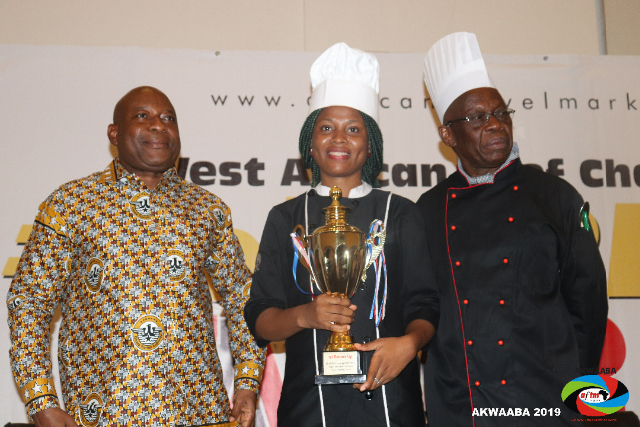 The Minister, who represented Ghana for the first time at the 15th edition of the international event hosted in Lagos, Nigeria, said his expectation had been exceeded.

“I never thought that Akwaaba is this big. I just thought it was a Ghana-Nigeria something,” he said excitedly.

Dr. Ziblim praised Akwaaba African Travel Market (AFTM), the organisers, for nurturing the event to be able to host several African and some non-African countries yearly. He believed the platform was a good one for the African continent.

He also expressed hope that the sister event of ‘Akwaaba’ here in Ghana named ‘Accra Weizo’ would rise steadily to the former’s status. Accra Weizo, the brainchild of the same organisers, has been in existence for five years and also brings together all players within the tourism industry to the capital.

Accra Weizo, which brought on board the government through the Ghana Tourism Authority this year, according to the Minister, “has a lot to learn from them (Akwaaba)”.

The Minister was also as a panel on the discussion on how African countries can reach out to its diaspora.

In speaking on the topic ‘Relationship between Africa and the diaspora; actions, challenges and the future,’ he used the opportunity to elaborate on the government’s initiative to declare the year 2019 as a Year of Return. He extolled it as a perfect platform to reach out to diasporas, giving them the opportunity to get in touch with their roots.

The Akwaaba African Travel Market (AFTM) is an international travel, hospitality and tourism event organised in Lagos annually. The event provides businesses, investors, professionals and buyers in the industry in the African region, to network and trade.

It also serves as a platform to impart knowledge and relevant information on trending developments within the industry. Organised by Akwaaba Travel Limited, AFTM is the most recognised travel market in West Africa.

Organiser, Ikechi Uko, explains that the word ‘Akwaaba’ which in the Akan language translates welcome, was chosen because of its predominance on the entire continent. According to him, the event needed a name that resonated with all Africans who are the primary targets of the event.