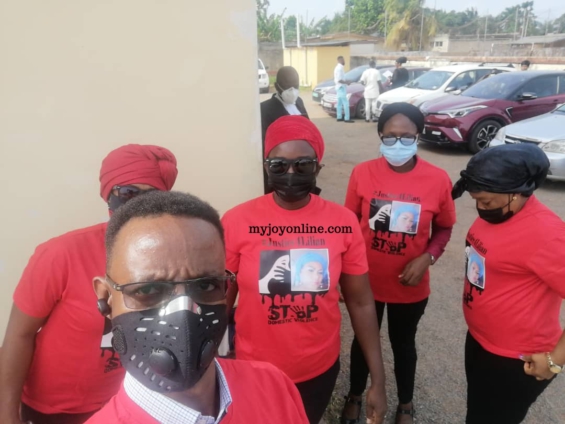 The lawyer for the businessman accused of killing his wife has said trial by the media should not be tolerated.

According to Captain Nkrabea Effa Dartey (Rtd), this form of trial is not in the interest of justice and fair play.

He added that it should not be encouraged since it in the case in question, it has “tied the hands of the accused person”.

“People are using social media. They cannot even substantiate what they’re saying, and just making all manner of comments against my client which is not the best.

“And you see, we must not forget that in Ghana, anything that happens to somebody can happen to you. So the law must take its cause,” Mr Effah Dartey said.

He also said he does not have any iota of doubt that his client innocent and the Court will make the decision when it gets to that time.

Commenting on the absence of his client, Mr Effa Dartey said that it is up to the prosecution to justify the whereabouts of his client.

He said he doesn’t understand why the prosecution knowing the date of the case, did not bring his client to court.

“I’m surprised because it is his right to come to court so that the court would see that this is the man. But I won’t be surprised if he’s not here because of medical reasons.”

Meanwhile, the father of the deceased told JoyNews’ Kwaku Asante, that he is still grieving and trusting in God for justice to be served.

He encouraged women who are being abused to come out boldly and stressing nobody has to die in any abusive relationship.

“I guess the reason there’s so much support is because domestic violence is condemnable anywhere any day. It shouldn’t happen. And so irrespective of the fact that it is my daughter who is dead, everybody who is concerned, [they are] concerned because that thing has to stop.”

Female rights activists; Nana Oye Bampoe Addo and her colleague from the International Federation of Women Lawyers (FIDA) who were present for the court hearing said they were there to lend their support to the family of Lilian Dedjoe.

Meanwhile, the Madina District Court has refused an application to grant bail Prince Charles Dedjoe, a businessman accused of allegedly beating his wife Lilian Dedjoe severely, resulting in her death.

Mr Effa Dartey (rtd) argued in court that it had the capacity to admit the accused person to bail citing a judgement of the Supreme Court.

The prosecution opposed the application and prayed the court to refuse the bail application as they needed more time to continue their investigation. The case has been adjourned to 12th April, 2021.

DISCLAIMER: The Views, Comments, Opinions, Contributions and Statements made by Readers and Contributors on this platform do not necessarily represent the views or policy of Multimedia Group Limited.
Tags:
Domestic Violence
Lilian Dedjoe
Madina District Court
Prince Charles Dedjoe