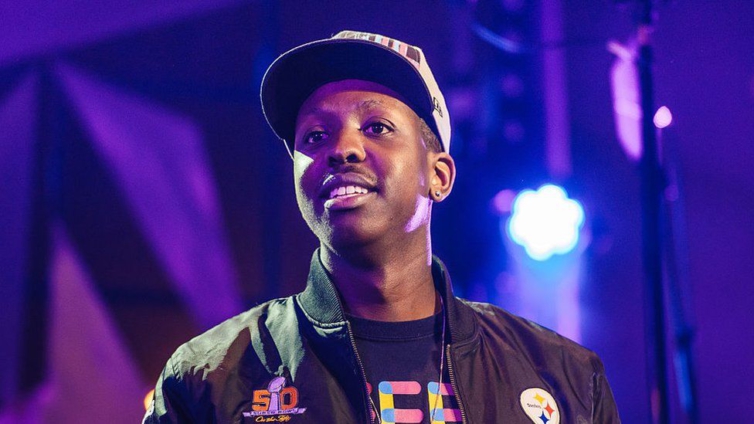 Prince Charles and rappers Dave and AJ Tracey are among the many voices paying tribute to entrepreneur and YouTube star Jamal Edwards.

Edwards, who has died at the age of 31, is the son of singer and presenter Brenda Edwards, who said she was “completely devastated”.

The Prince of Wales paid tribute to his work for The Prince’s Trust.

Dave simply wrote: “Thank you for everything. Words can’t explain” while Tracey said he was a “legend”.

Edwards was the founder of SBTV, an online grime and rap music platform which helped launch the careers of artists like Dave, Ed Sheeran and Skepta. He first got into film-making after his parents gave him a video camera as a Christmas present when he was 15.

Born in Luton and later moving to west London, he was appointed an MBE for services to music in 2014. A pioneering figure in British rap and grime music, Edwards attended the Brit Awards earlier this month and was understood to have performed as a DJ at a gig in north London on Saturday night.

His company confirmed his death to the BBC on Sunday, saying he died that morning. His mother said he “passed away after a sudden illness”.

After the devastating death of Jamal, our thoughts are with Brenda today. She’s sent us this message: pic.twitter.com/EZWH3b5tcX

The Prince’s Trust described him in a tweet as “an incredible innovator and entrepreneur.”

Actor Idris Elba tweeted that Edwards would “be missed”, while businessman Sir Richard Branson, who wrote the forward for Edwards’ 2013 book, Self Belief: The Vision, tweeted that the star was “a truly extraordinary young man who made a huge difference to so many people’s lives”.

I May Destroy You star Michaela Coel said: “May his passion, joy and relentless desire to platform British artists be an inspiration.”

Former prime minister David Cameron, who is chair of the National Citizen Service’s Board of Patrons, paid tribute to Edwards for “supporting and inspiring young people to be the best they could be, leading from the front and showing what’s possible with hard work and determination”.

London Mayor Sadiq Khan tweeted that British music and entertainment “has lost one of its brightest stars”, while Chelsea Football Club added that Edwards – a Chelsea fan – was “an inspiration to many, we’re honoured that he was part of our Chelsea family”.

In 2019, he directed the Chelsea FC remix video of grime artist Capo Lee’s Style and Swag, and the video featured several of the team’s players.

BBC 1Xtra DJ and presenter Nadia Jae told Newsbeat that Edwards “helped me with my career”, adding: “He’s helped so many people, put them in places that they never would have been and did a lot of the pushing of doors to make sure that our industry is as fruitful as it is now.”

She added: “He had a heart of gold, I don’t know anyone who has a bad word to say about Jamal.

“He broke so many barriers, I don’t know if we’re ever going to get another Jamal.”

Presenter and comedian Mo Gilligan, who hosted this year’s Brit awards, tweeted: “A truly humble and blessed soul. Your legacy will live on for years and you’ve inspired a whole generation.”

Rapper Lady Leshurr said: “He gave me opportunity after opportunity to showcase my talent from Brum into London. We need to keep his name and brand alive.”

Singer Jessie J, whose early appearances on SBTV helped get her noticed, said her “heart is broken”. Her Instagram post included clips of them appearing on Channel 4’s Celebrity Gogglebox together.

Actress Linda Robson, who sits alongside Edwards’ mother Brenda on the Loose Women panel, said on the ITV show on Monday that Edwards had taken her own son, the musician Louis Dunford, “under his wing”.

“Brenda did such a good job with her son because he was a proper gentleman,” Robson told presenter Charlene White. “He really was the loveliest boy… Thanks to Jamal my son is now going on tour this year with Jake Bugg.”

White dedicated the entire show to their friend Brenda while describing her late son as “a powerhouse” who “changed the UK music scene in a way that we’ve not seen for generations”.

Your light shone so brightly that it touched so many of us, impacted the lives of many more, and changed the game forever. And, you are my Brenda’s son. There are no words to describe her heartbreak, our heartbreak, now that your light has gone. Sometimes life is terribly unfair. pic.twitter.com/WlVW7QQxKp

Rapper Youngs Teflon, who featured on SBTV, told the BBC: “If I had one word for Jamal it would be selfless.

“Almost every artist has a story – he just touched so many people. Rappers, singers, presenters.”

He added: “His thing with me was never stop, never get disheartened…. He made me feel I had a purpose. It meant a lot and it went a long way.

“He will be remembered in every conversation when it comes to pioneers. This will be the person that put me on or gave me my first opportunity.”

At a vigil in west London, fans and friends also paid tribute.

“He was the hero of Acton. He was the guy who showed you could make it out without being a drug dealer, without getting involved in crime or anything,” Zachary Thomas told the BBC.

Dominic Magliore said: “It’s hard to accept it. I heard about it yesterday and I saw him on Friday, we was hugging, laughing and having a good time & everything seemed ok.”

Sam Borelli said: “Jamal was the guy that showed kids from low-income households that you are not limited to what your grades might tell you. He made the musicians that made me, if you know what I mean, with a camera he got for Christmas.”

Actor and director Adam Deacon posted that he was “honestly heartbroken”, saying: “Jamal was one of the nicest, most down to earth and humble men I’ve met in this industry,” he said. “He always gave me time even when no-one else would.”

Singer Gabrielle described Edwards as “an incredible young man”, and Transport for London employees and writers All on the Board, who share inspiring quotes on social media, also paid tribute.

Rest in peace Jamal Edwards.
Sending love, thoughts and prayers to you, your family, your friends and your fans.#JamalEdwards @jamaledwards pic.twitter.com/4P9uI7zRbT

The Voice Newspaper added their whole team was “saddened and shocked”, saying: “Gone waaay to soon. He made an amazing contribution to promoting black music, to entrepreneurship, and so much more. An incredible talent who will be much missed. RIP.”

In a tweet, the organisers of the Mobo Awards said they were “deeply saddened” to learn of Edwards’ death.

They added: “As the founder of @SBTVonline, his groundbreaking work & legacy in British music and culture will live on. Our hearts and thoughts are with his friends and family.”

Birmingham-based rapper Jaykae is an example of one of the acts that SBTV has helped to achieve success. Although he only broke through to mainstream chart success as the featured rapper on Top 20 hit Flowers two years ago, his videos have been featured on SBTV for more than a decade.

Describing Edwards as a “legend”, Jaykae tweeted: “I think I can speak for us all as artists and as supporters of UK grime/rap scene when I say I owe this man so much! Helped me sometimes without even speaking of it.”

In a 2013 interview with the BBC, Edwards said he filmed friends rapping or singing and began to upload the videos to YouTube to allow other friends to see them.

“You can say my videos had mixed reviews to begin with, some people didn’t get them, but others thought they were sick [good],” he said. “So I started to put them up on YouTube so everyone could see them, and it just grew from there.”

SBTV – his London-based platform for discovering emerging artists and named after Edwards’ own rapper moniker SmokeyBarz – has now grown to 1.22 million subscribers on YouTube.

It featured early music videos from artists including J Hus, Emeli Sande and Stormzy – and dozens of other British acts who were not widely known at the time.

As Edwards’ profile grew, he also entered the fashion world, walking the catwalk for Hermes, fronting a collection for Kurt Geiger and then posing for Primark in order to illustrate his own belief that “affordable fashion is important”.

He wrote a book – described as a mix of a memoir and a business manual – called Self Belief: The Vision: How to Be a Success on Your Own Terms.

He often tweeted motivational tips to inspire his followers.

Go live life.. Chase your dreams, the only thing holding you back is yourself.. #SelfBelief💡 pic.twitter.com/XonlFoqk4Q

Edwards also founded JE Delve, a grassroots charity that provides youth clubs as well as learning and work opportunities for young people in west London, where he grew up after he and his family moved there from Luton.

He worked with a handful of other youth charities and regularly made visits to speak to teenagers, including at both Acton High School and West London College where he had studied, to answer questions on business success and self-motivation.

Ealing MP Rupa Huq shared a selection of photos of Edwards on social media as she paid tribute to the “local hero”.