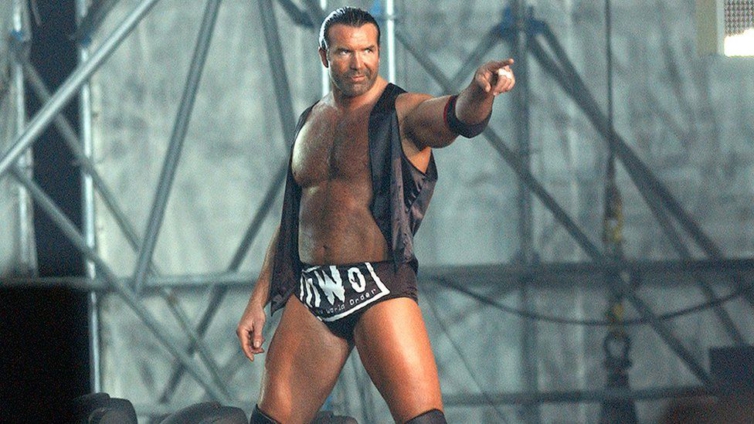 World Wrestling Entertainment tweeted to say it was “saddened” to learn of his death, after reports of his ill health emerged at the weekend.

His friend and former wrestling partner Kevin Nash said on Monday Scott’s life support would be “discontinued” once his family was “in place”.

“I have to prepare my life without him in the present,” Kevin wrote on Monday.

“I’ve been blessed to have a friend that took me at face value and I him.”

Scott, 63 emerged in the 1990s alongside the likes of Hulk Hogan and Sean ‘X-Pac’ Waltman.

He was inducted into the WWE Hall of Fame in 2014.

WWE is saddened to learn that two-time WWE Hall of Famer Scott Hall has passed away.

After falling and breaking a hip in early March, he had hip replacement surgery but suffered complications due to a blood clot, according to pro-wrestling website PW Torch.

Following the news of his death, wrestling stars past and present paid tribute to Scott.

I love you Scott!!
I’ll see you down the road…#BuddySystem pic.twitter.com/Qx2he0TetS

Mick Foley wrote that Scott had been “a legend inside and outside the ring”.

Shane McMahon wrote that he was “perhaps the greatest to ever perform in the squared circle”.

Before news of Scott’s death broke, Dwayne ‘The Rock’ Johnson tweeted to say: “We need the “bad guy” back in the game” – a reference to Scott’s Hall of Fame speech from 2014.

‘Say Hello to The Bad Guy’

Scott Hall’s career spans three decades from 1984 until he retired in 2016.

He signed with WWE – then known as World Wrestling Federation – in 1992 and started wrestling under the name Razor Ramon.

His nickname became ‘The Bad Guy’ and his catchphrase “Say hello to The Bad Guy” was inspired by a line from Al Pacino’s character Tony Montana in Scarface.

He left WWF in 1996 and joined rival promoter World Championship Wrestling (WCW), where he became a founding member of the New World Order alongside Hulk Hogan and Kevin Nash.