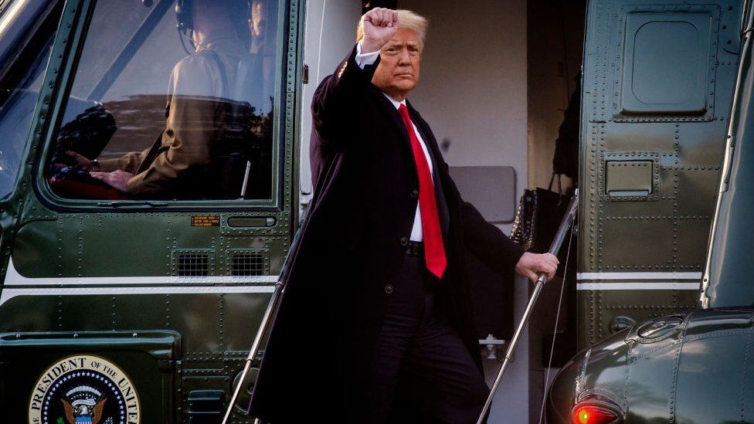 Donald Trump’s impeachment trial over his role in the deadly US Capitol riot is poised to begin next week in the Senate, according to Democrats.

On Monday, the House of Representatives will deliver the impeachment charge to the Senate, triggering the trial process in the 100-member chamber.

Republicans had argued for a delay, asking for more time to prepare.

Donald Trump’s impeachment trial, for inciting deadly riot at US Capitol, to begin in the Senate next week, Democrats announce https://t.co/JAbrAYRm7P

The House of Representatives last week charged Mr Trump with inciting a deadly riot at the US Capitol, paving the way for a Senate trial. If convicted, he could be barred from future office.

Top Senate Democrat Chuck Schumer said on Friday that the House would deliver the impeachment article on Monday. Unless Democrats, who took control of the Senate this week, change the rules, it will mean Mr Trump’s trial will begin on Tuesday.

“The Senate will conduct a trial of the impeachment of Donald Trump. It will be a full trial. It will be a fair trial,” Senate Majority Leader Schumer said on the floor of the Senate.

Mr Trump’s actions ahead of the 6 January riot are at the heart of the case. The then president told protesters near the White House to “peacefully and patriotically” make their voices heard as they prepared to march towards the US Capitol building. He also told them to “fight like hell”.

The demonstration turned ugly as a mob forced its way into the congressional complex where lawmakers were certifying Mr Biden’s election victory.

Four protesters and a Capitol Police officer died in the mayhem.

A week later, Mr Trump became the first US president to be impeached twice.

His trial in the Senate will be the only one ever to have taken place after a president has left office.

DISCLAIMER: The Views, Comments, Opinions, Contributions and Statements made by Readers and Contributors on this platform do not necessarily represent the views or policy of Multimedia Group Limited.
Tags:
Donald Trump
Impeachment
US Capitol