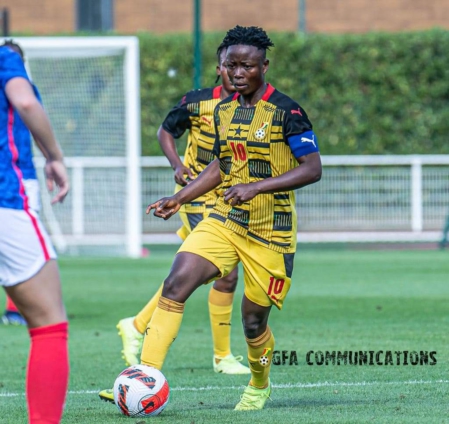 Black Princesses captain, Evelyn Badu could miss Ghana’s FIFA U-20 World Cup opener with the USA, after sustaining an ankle injury, the GFA have confirmed.

Badu, who is now in a cast as pictured by the GFA, is awaiting scan results to ascertain the extent of the injury.

The 2022 CAF Young Player of the Year, was set to start for the side in August 11s opener, but will now have to watch on from the sidelines as her teammates battle it out against the four-time U-20 World Cup champions.

Her injury comes as a big blow to Ben Fokuo’s side who have failed to progress from the group stage of the competition in their last five attempts.

The Princesses were handed a tough draw ahead of the competition, placed in Group D with Japan, European champions, Holland as well as four-time champions, USA.

Ben Fokuo’s side play Japan on August 14, three days after facing USA and will have their final group game versus Holland on August 17, and the GFA indicate Badu’s injury could rule her out of the entire campaign.