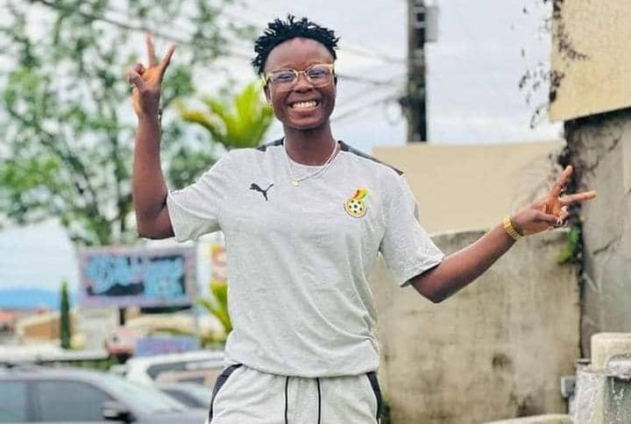 Per the official squad list of the Black Princesses submitted to FIFA for the U-20 Women’s World Cup, Evelyn Badu was NOT registered for the tournament.

The #JoySports team found out on Thursday morning when cross-checking the GFA’s own squad artwork (which had Badu’s name and photo) against the list on the Fifa website.

This was necessitated by the sudden FA announcement on Thursday morning that Badu, the captain of the side, is injured with an ankle problem.

In contention is when exactly the 18-year-old had this injury, because the official Fifa list was published as back as Tuesday.

Multiple sources at the FA, when questioned by Joy Sports, stated the following:

1) That Badu got injured days ago and that the news was only made public on Thursday morning when it became clear that she could not take part in the World Cup.

2) That a replacement for Badu has already been lined up – Afia Nyarko of Kumasi Sports Academy (who was part of the provisional squad that went for camping in France but was axed from the final list) is already on her way from Ghana to Costa Rica at present.

3) That the coaching team decided not to send Badu back to Ghana in order not to kill team spirit, as she is one the side’s key motivators.