Social media has been blocked in Uganda on the day of presidential elections to stop people "telling lies", President Yoweri Museveni has said.

Mr Museveni, 71, is seeking to extend his 30-year rule, in a race widely seen as the tightest in the East African state's history.

Voting has been cancelled at one polling station in the capital Kampala after clashes with police.

His main challenger is his former physician, Kizza Besigye who has said he does not think the election will be free and fair.

Former Prime Minister Amama Mbabazi is also seen as a leading contender for the presidency.

Many people have found a way around the controversial restrictions, including Mr Mbabazi who tweeted advice on how to do it:

A VPN – a Virtual Private Network – gets round government censorship by redirecting your internet activity to a computer in a different country.

The head of Uganda's media regulator, Godfrey Mutabazi, said the block was introduced after a request from the electoral commission, local media reports.

He added that it was to make sure the services would not be used to bribe voters.

Uganda's leading mobile operator MTN, which has 10 million users, confirmed that it had received an order to shut down social media services.

The election has been marred by delays of up to five hours at some polling stations.

It added that despite the delays, voting will not be extended.

The BBC's Catherine Byaruhanga in the capital, Kampala, reports that thousands of people who had queued for hours got visibly frustrated over the delays.

Security forces were sent in to calm the situation, she adds. 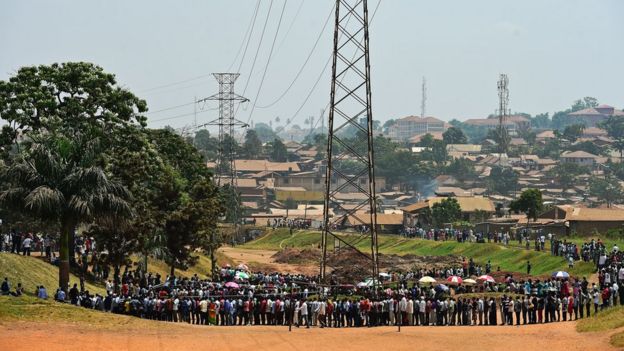 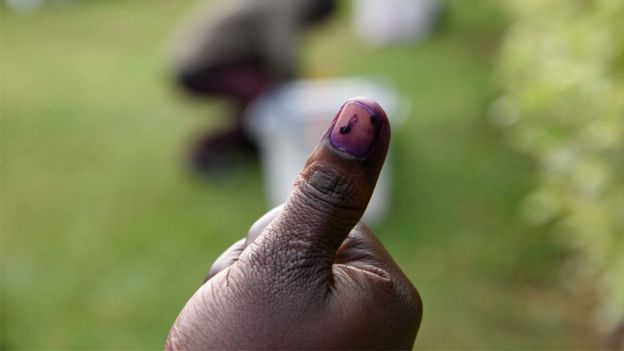 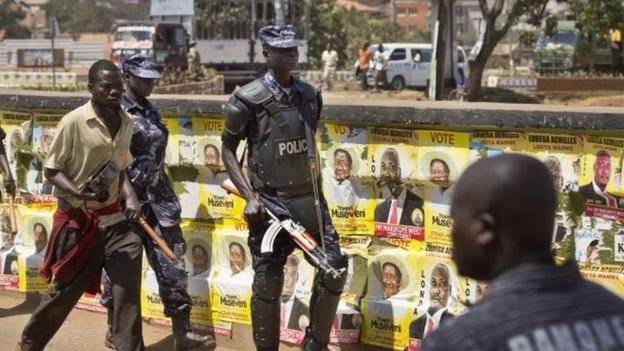 Security was stepped up across Uganda ahead of the elections

A candidate needs to secure more than 50% of the vote to win outright and avoid a run-off with the second-ranked contender.

Ugandans are also voting in parliamentary and local elections. 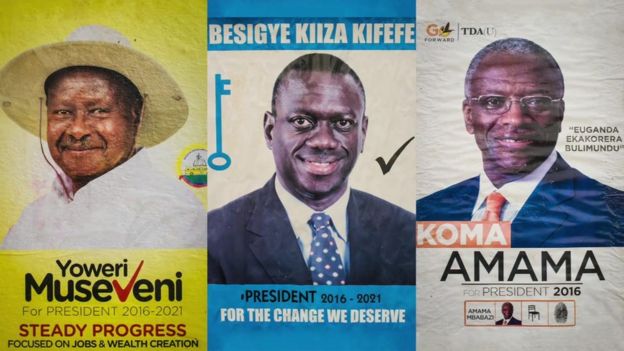 Human rights groups have reported an intensifying government crackdown on opposition leaders, their supporters and the media during the election campaign.

One person was killed on Monday in clashes between Mr Besigye's supporters and the security forces in the capital, Kampala.

Mr Museveni has been in office since winning a five-year guerrilla war in 1986, and he is one of Africa's longest-serving leaders.

His final term was meant to end in 2006, but in 2005 he won a campaign to lift the constitutional term limits.

Mr Mbabazi is another former ally of President Museveni. He served as prime minister in 2011-2014, when he was dismissed after announcing he would launch a rival presidential bid.

During the election campaign the two opposition candidates accused the president of corruption and criticised his economic policies.