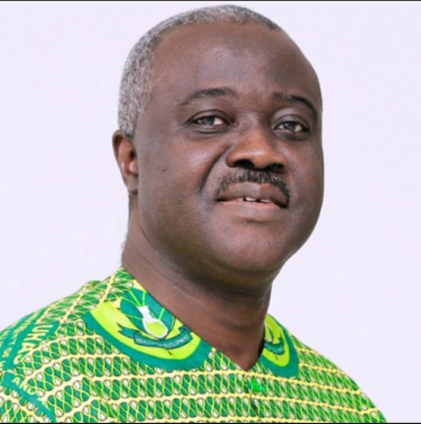 The Vice Chancellor for the University of Health and Allied Sciences, Professor John Gyapong has noted that the university from its humble beginnings has through the years attained great heights and made UHAS a household name for many young SHS candidates as their preferred choice of quality health care training institute.

Professor Gyapong who said this at the grand durbar of the 10th anniversary of the university noted that, UHAS has become a brand worthy to be associated with.

”These achievements would not have been possible without our dedicated teaching and non-teaching staff, to you I say ayeeko for all the hard work and sacrifices,“ Professor Gyapong said.

Professor Gyapong noted that , considering the transformation that has taken place in the decade of UJHAS’ existence in terms of infrastructure, faculty, staff, logistics and students population, he can proudly say without any equivocation that UHAS was a diamond in the rough at birth.

He noted that everyone associated with the university has worked hard to achieve this great and positive result.

Here are some feats chalked by the university

The UHAS Governing Council, at its 25th meeting on 15 April 2021, approved a proposal from the Academic Board to name several facilities of the University in honor of the University’s founders. Vice Chancellor John Gyapong detailed the first set of honors in his report delivered during the Second Session of the 6th Congregation, on 9 April 2022 at the Main Campus:

The Professor Fred Newton Binka School of Public Health: Professor Fred Newton Binka was the founding Vice Chancellor of the University. As Chief Executive Officer, he executed his mandate during the most difficult phase of the University. He worked closely with the Governing Council to implement the development of the incubation facilities at Trafalgar, Hohoe and the Main Campus at Sokode.

The Asogli Hall of Residence: The University of Health and Allied Sciences began with the support of the Chiefs and people of the Asogli State. The incubation facilities were built on the Trafalgar Campus (located on Asogli land). In recognition of this critical support, the new students’ accommodation on the Trafalgar Campus has been christened “Asogli Hall of Residence”. The four blocks of the facility have been named Ahoe, Bankoe, Dome, and Heve, to represent some of the Divisions of the State.

The main campus of the University of Health and Allied Sciences is situated on a 702 acre parcel of land acquired by the Government of Ghana from the Chiefs and people of Sokode. Over the years, UHAS has lived in peace and harmony with the surrounding community, and community leaders participate in all functions when invited. In recognition of their collaboration and cooperation, the new students’ accommodation on the main campus at Sokode has been named “Sokode Hall of Residence”. The four blocks of the facility will be named Bagble, Etoe, Gbogame, and Lokoe, representing some of the towns in the Sokode traditional area.