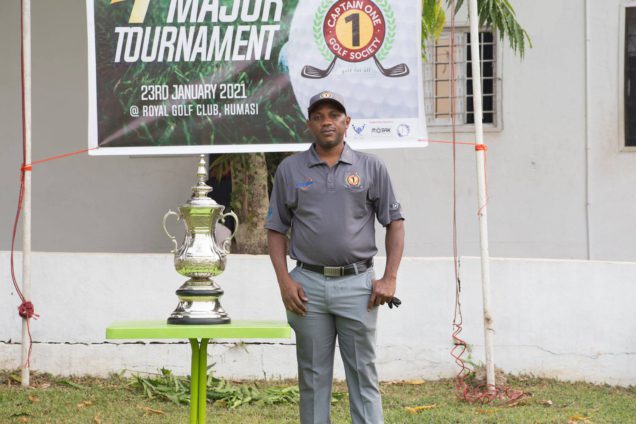 UK-based Sportswear brand, iGimel has agreed to partner Captain One Golf Society for the upcoming Captain One Golf’s 5th Invitational Championship to be held at the Royal Golf Club, Kumasi in January.

Per this partnership, iGimel Sportswear will become the official kits sponsor for the upcoming championship that has always set the tone for golfers across the country to prepare for the golfing year.

Company Director, Dennis Koranteng mentioned that they are exceptionally thrilled to partner Captain One because as a brand they can align themselves with the core values of Captain One which is to promote and develop the game of golf in the lives of the disadvantaged especially orphans.

He said they will also support the Captain One Kids Project to teach and train orphans in the sport which in so doing also diminishes the myth surrounding golf as a game for the elite.

President and Founder of Captain One Golf Society. Pius Ayeh Appiah on behalf of the members of the society thanked iGimel Sportswear for believing in them to come on board as partners for the development of the sport at the grassroots level.

He explained that the Kids Project helps the professional golfers in the society to teach these kids the basic rudiments of the game and added that the adopted orphanages of Captain One will also engage in mini-tournaments to prepare them for their golfing career.

He called on more professional golfers to come on board to train the kids and also made a passionate appeal to corporate bodies to join hands in giving these kids hope for their future.

The 5th major tournament which is scheduled to take place at the Royal Golf Club, Kumasi will tee-off on Saturday, January 22, 2022.

DISCLAIMER: The Views, Comments, Opinions, Contributions and Statements made by Readers and Contributors on this platform do not necessarily represent the views or policy of Multimedia Group Limited.
Tags:
Captain One Golf Society
iGimel
Invitational Championship
Sports