Until the Kirin Cup, no one thought Alidu Seidu is capable of playing at the World Cup – George Boateng 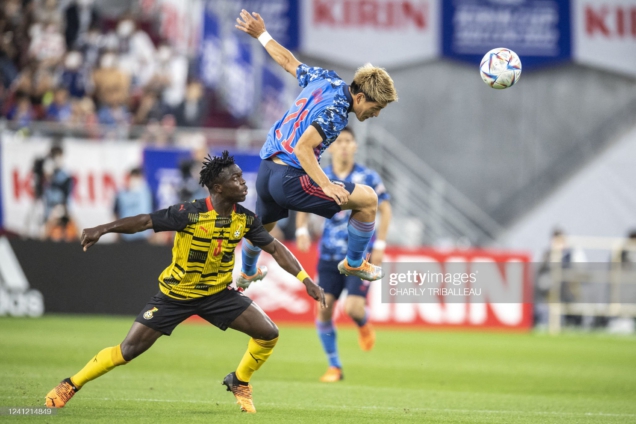 According to Black Stars assistant coach, George Boateng, Alidu Seidu was one of the players who impressed the technical team during the 2022 Kirin Cup.

The Clermont Foot 63 defender was part of the Ghana squad that travelled to Japan for the four-nation tournament, which was eventually won by Tunisia.

The defender made his debut for the Black Stars during the opening game against Japan before also featuring in the penalty shootout win over Chile.

Despite being sent off in the game, Boateng revealed that the versatile player showed glimpses of his quality and proved he is ready to play at the highest level.

“I think prior to the Japan trip, nobody in Ghana would have said to us or would have said to himself or herself that Alidu Seidu is very capable enough to play at the World Cup level or at the AFCON level,” he said in an exclusive interview with Joy Sports.

“When we watched the game back, we were very impressed. Yes, he picked up a red card but even that, is also part of education. It’s a learning process for the player and for everybody else because we talked about still having composure and calmness. Even though you’re under stress, when we get to the WC, we would need everybody to stay on the pitch and not pick up unnecessary yellow cards, or unnecessary red cards because it will end up costing you games.

“But, his performance as a player was outstanding. So we have gained something from just one game where we have gained a very good player,” he added.

The 22-year-old is part of the 28-man squad who are currently in France for the friendlies against Brazil and Nicaragua.