At least 58 people have been killed and hundreds injured in a mass shooting at a Las Vegas concert.

A gunman, named as 64-year-old Nevada resident Stephen Paddock, opened fire from the 32nd floor of the Mandalay Bay Hotel towards an open-air music festival attended by 22,000.

He killed himself as police stormed the room where 10 guns were found.

Investigators have found no link to international terrorism, despite a claim from so-called Islamic State.

FBI Special Agent Aaron Rouse told a news conference: "We have determined at this point no connection to an international terrorist organisation."

Islamic State (IS) had claimed to be behind the attack, saying that Paddock had converted to Islam some months ago.

But the group provided no evidence for this and has made unsubstantiated claims in the past.

In an address from the White House, President Donald Trump described the attack as "pure evil".

He praised the efforts of the emergency services, saying their "miraculous" speed saved lives, and announced he would be visiting Las Vegas on Wednesday.

The attack is the worst mass shooting in recent US history.

"We have no idea what his belief system was," he said. 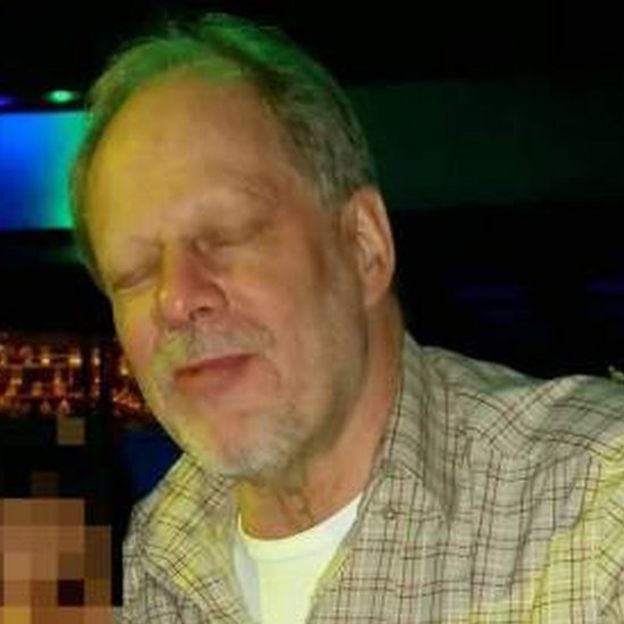 A police statement said the shooting began at 22:08 local time on Sunday (05:08 GMT on Monday). Paddock came from the small town of Mesquite, some 60 miles (100 km) north-east of Las Vegas, and had resided in the hotel since 28 September.

Police in Mesquite have searched his premises and recovered a number of weapons. But they say he had not crossed paths with the police in the past. A second property has also been searched.

Among those killed was an off-duty police officer.

Earlier, police announced they were seeking a woman, Marilou Danley, in connection with the shooting.

In his latest update, Sheriff Lombardo said she had now been located outside the United States and was not thought to have played any role.

Marilou Danley is believed to have lived with Paddock, and Sheriff Lombardo said he used some of her identity documents to check in to the hotel. 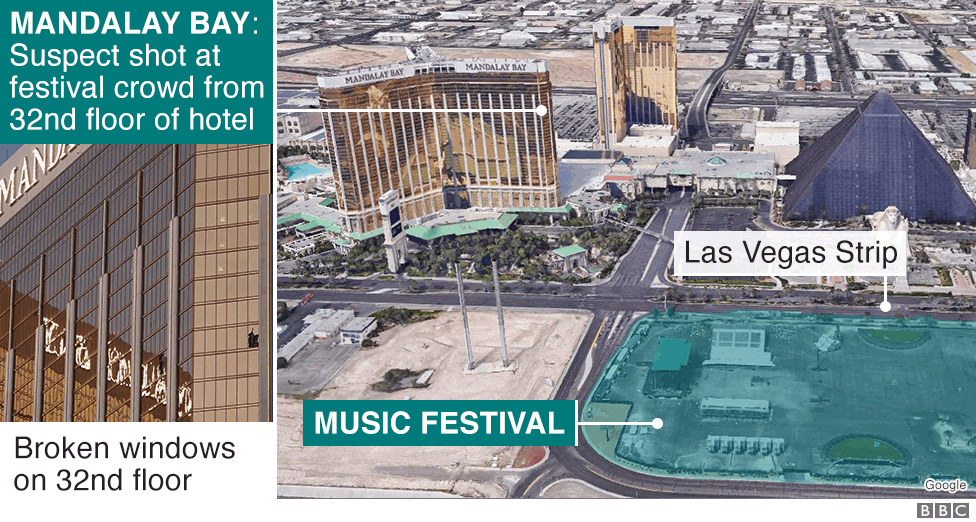 By the BBC's James Cook, in Las Vegas

This has been a mass shooting which has shocked Las Vegas – it has stunned this city. It is very clear that it will be an event which will stun the USA too, a country in which, regrettably, such mass shootings – even if on a lesser scale – are not uncommon.

As to why the gunman may have carried out this attack, there is no indication of motive at this stage. He was said to have had a large arsenal, a huge number of weapons in that hotel room, which police finally stormed using explosives.

As to why he would have set himself up there in that way, to do as he did, it is just so difficult to fathom. 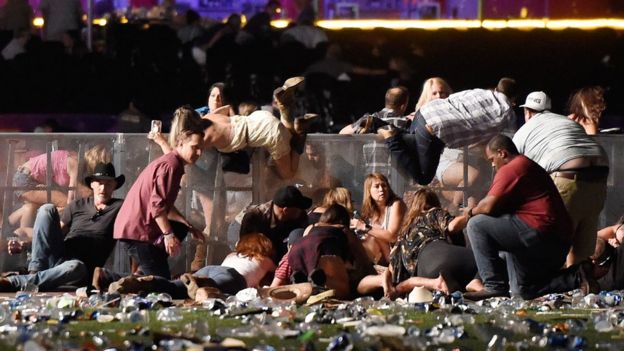 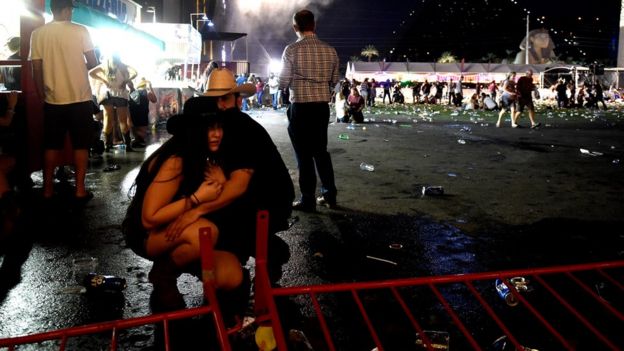 A witness, Mike Thompson from London, told the BBC that he saw people running in total panic.

"One man had blood all over him and that's when I knew something was seriously wrong.

"People were running and there was chaos."

Concert-goer Mike McGarry told Reuters he lay on top of his children when the shots rang out.

Some flights were diverted after news of the incident emerged.

The country music festival had been taking place since Friday at several hotels on the Las Vegas strip.

Singer Jason Aldean, who was rushed off stage when the shooting started, shared on Instagram that he was safe but heartbroken and did not know what to say.

"Tonight has been beyond horrific," he wrote.

"It hurts my heart that this would happen to anyone who was just coming out to enjoy what should have been a fun night." 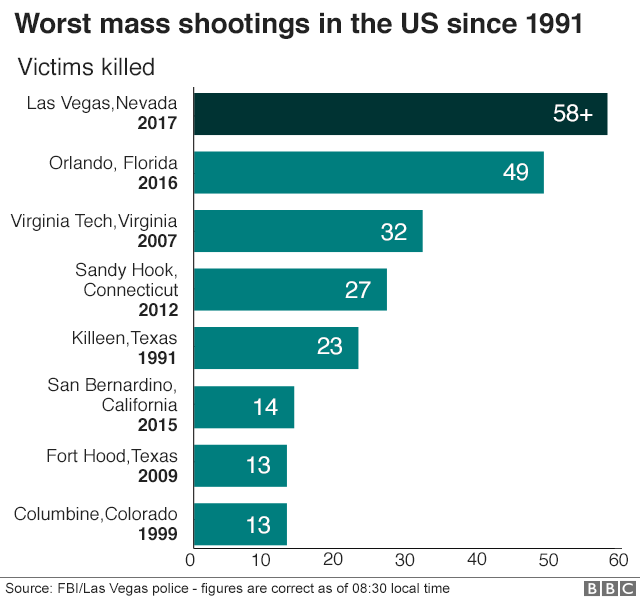 Nevada has some of the least stringent gun laws in the United States.

People are allowed to carry weapons and do not have to register themselves as a gun-owner.

Background checks are done when people buy guns, but they are also allowed to sell them privately.