Uphold Rawlings’ wish, do not name any national facilities after him – PPP tells Akufo-Addo 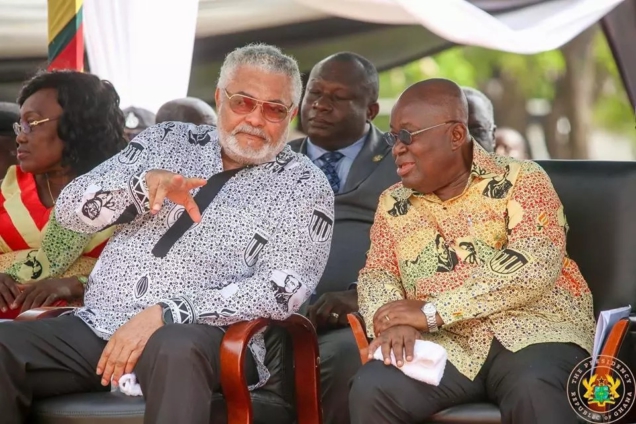 The Progressive People’s Party (PPP) has charged government not to go contrary to the wishes of former President Jerry John Rawlings by naming the University of Development Studies (UDS) after him.

The Party’s caution comes after President Akufo-Addo advocated for UDS to be named after Mr Rawlings (the founder of the school) while addressing congregants of UDS at a graduation ceremony on Saturday.

The President acknowledged that although the late former president rejected the offer, naming the tertiary institution after Mr Rawlings is an honour that should be accorded him.

But in a statement signed by PPP’s National Secretary, Paa Kow Ackon on Tuesday, it indicated the Party’s concern about the President’s suggestion, making reference to 2015 where the late former president turned down an offer to have the Offshore Cape Three Points FPSO vessel named after him.

In view of this, Mr Ackon said it would be “inappropriate” for the President to go against the “long-standing principle” of Mr Rawlings “not to have national monuments and facilities named after him”.

“In as much as President Akufo-Addo may have the best of intention in this agenda, it is absolutely significant to note that it would be inappropriate for Mr Akufo-Addo to disregard the wishes of Ex-President Rawlings in this attempt to rename the UDS after him,” he added.

The National Secretary, however, recommended that the nation focusses on establishing museums and libraries for its ex-Presidents “to preserve our history and serve as tourist attractions”.

He asked that former Heads of State champion the cause by helping to raise funds to undertake the project. They also recommended that Parliament begins discussions on the matter.

“We recommend that Parliament should begin a discussion on a Presidential Records Act, which will mandate that our Presidents hand over their papers, artifacts, memorabilia and other archives to the Ghana Museums and Monuments Board (GMMB) for preservation and maintenance when they leave office.”

DISCLAIMER: The Views, Comments, Opinions, Contributions and Statements made by Readers and Contributors on this platform do not necessarily represent the views or policy of Multimedia Group Limited.
Tags:
Progressive People’s Party
Renaming facilities after Rawlings
University of Development Studies