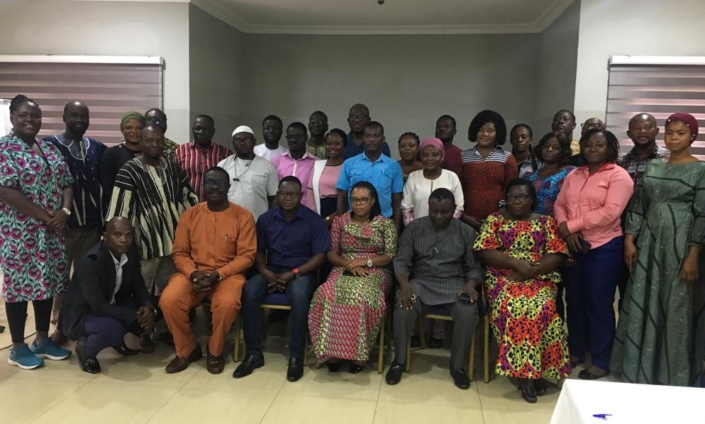 The Dean of the School of Applied Economics and Management Sciences at the University for Development Studies (UDS) says the Upper West Region is the most vulnerable to the impact of climate change in the country.

Prof Samuel Donkor also observed that the Wa East District is the most vulnerable of all of the districts in the country.

He made this known at a multi-stakeholder dialogue on climate change organised by the Youth Advocacy on Rights and Opportunities (YARO) in partnership with Friedrich Ebert Stiftung (FES).

The engagement was to provide a platform to deliberate and generate new strategies to help mitigate the effects of climate change on northern Ghana.

Delivering a keynote address on the topic, ‘Overview of the Effect of Climate Change in Northern Ghana’, Prof Samuel Donkor said 10% of the country’s land area – representing about 28,000 km – falls in the high flood hazard zones.

He added that the majority of the lands in northern Ghana also fall in the high drought hazard category.

Prof Samuel Donkor said 22 major hydro-meteorological events in Ghana in the last five decades have affected 16 million people with over 400 deaths, with 17 being major floods.

He said five of the climate-induced disasters have caused the country more than $120 million.

He said the 2007 floods which immediately followed the period of drought affected more than 325,000 people in the Northern Region.

The General Secretary of GAWU, Edward Karewah, called on authorities to enforce the laws on climate change.

This, he said, can help in the fight against the devastation of climate change and its impact on the lives of people.

The Executive Director of YARO, Douri Bennin Hajei, called on policymakers, the media and other stakeholders to make issues of climate change an everyday agenda because of its consequences.

He said the more these issues are being discussed, the more they create awareness of the dangers of the impact.

The engagement was on the theme, ‘Building Inclusive Climate Mitigation and Adaptation in Northern Ghana.’

DISCLAIMER: The Views, Comments, Opinions, Contributions and Statements made by Readers and Contributors on this platform do not necessarily represent the views or policy of Multimedia Group Limited.
Tags:
Climate change
University for Development Studies (UDS)
Upper West Region