Vaccine tourists are coming to America 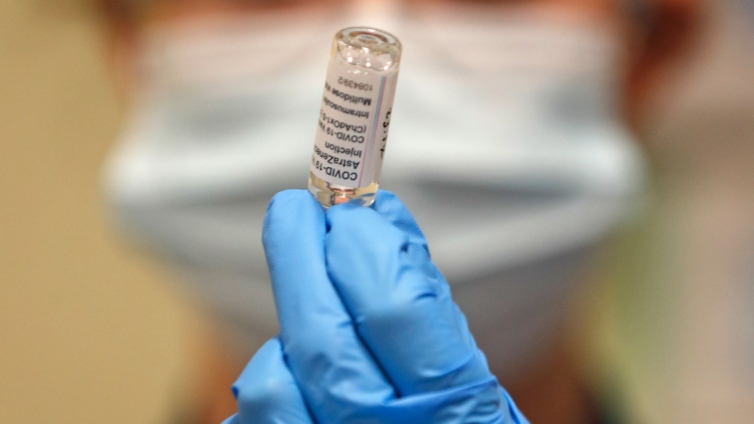 “We have arrived in the US not for the American dream, we are here for the vaccine dream,” 49-year-old Elver Estela told CNN. The businessman had travelled from Peru looking for the Covid-19 vaccine and got his first dose of Pfizer at a vaccination center in Seattle.

Earlier this year, Estela had decided to travel to the US — where vaccines were relatively abundant — after seeing many people close to him become sick with the coronavirus, an experience he likened to Russian roulette. With over 68,000 deaths attributable to Covid-19 in a population of 32 million, Peru is one of the worst hit countries in Latin America.

By the time Estela finally arrived in the US during the first week of May, he learned one of his closest co-workers had tested positive for the virus back home in Lima.”I felt so relieved and liberated, I won’t be playing the Russian roulette anymore,” he said of the moment a nurse in Seattle finally injected him with the vaccine.

Estela is not alone. Travel demand from Latin American countries to the US has increased in 2021, fueled by growing interest in “vaccine tourism” according to some travel and health experts.

Peru’s Vice Minister of Public Health, Gustavo Rosell told local media on May 18 that an estimated 70,000 Peruvians had already traveled abroad to get vaccinated.

Jose Ricardo Botelho, CEO of Latin American & Caribbean Air Transport Association (ALTA) tells CNN that a recent spike in trips originating in Latin America and the Caribbean and destined for the US is likely linked to vaccine tourism.

“As a reference, in 2019, trips to North America concentrated 77% of trips outside the region. In March 2021 these trips reached 87%, an increase closely related to the significant number of ‘vaccine’ tourists who are going to the USA to get their injection,” Botelho said in a statement to CNN.

As a region, Latin America is desperately short of Covid-19 vaccines. Although over 400 million Covid-19 vaccine doses have been administered across the Americas, most of them have been in the US, Pan American Health Organization (PAHO) Director Carissa Etienne told reporters on May 19.

“Indeed just 3% of Latin Americans have been fully vaccinated against COVID-19 and we still have a long way to go to ensure that everyone is protected,” she said.

For Etienne, vaccine tourism is not a solution but “a symptom of how unequally vaccines are being distributed in the Americas.”

Latin America and the Caribbean countries have received more than 12 million doses through the WHO-backed Covax facility as of May 21, but the program is experiencing shipment delays with what already is a limited number of vaccines, according to PAHO officials.

Going to where the vaccine is

Travelers interviewed by CNN said they were not asked for proof of residency in the US at vaccination centers and some of them showed their national identity cards or passports. The Centers for Disease Control and Prevention (CDC) says “jurisdictions cannot add United States citizenship requirements or require United States citizenship verification as a condition for vaccination.”

“If the vaccine does not come to you, it is time to go the vaccine,” another Peruvian, Flavio San Martin, tells CNN. Flavio, a business consultant, travelled to Durham, North Carolina with his family on April 13 and received two doses of the Moderna vaccine.”

I’m 46-years old and I didn’t think I could be vaccinated in my country before December. I have seen people dying getting closer and closer to home,” San Martin said.

Pamela Card, a 37-year-old from Mexico, says she doesn’t want to wait any longer to be eligible for a vaccine in her home country. “Our family’s safety is more important. With the vaccine we can feel safe and less in panic,” she adds.

Card says she was vaccinated during a long weekend in Miami, along with nine other friends. Each was able to obtain online appointments to receive the J&J vaccine at a pharmacy.

“You have to fill in a simple form, they asked for an ID to confirm your name, I showed my Mexican national ID and that was all,” Card says.

“We did the numbers with my family and realized that we would have to wait for a long time for my mother’s turn and my turn,” says 28-year old Adriana Diaz. She and her 49-year old mother traveled from Mexico to Atlanta, where they are waiting for their second dose of the Pfizer vaccine.

“I’m incredibly grateful with the US government because they are allowing people to get vaccinated here,” Diaz says.

For those who can afford it, the cost of an international flight and accommodation is all it takes to get vaccinated.Flights from the Peruvian capital Lima to the US are completely booked until June, according to Ricardo Acosta, President of Peru’s Association of Travel and Tourism Agencies. Demand is only expected to increase due to vaccine tourism, he adds.

The number of people traveling from Peru to the US has quadrupled since February, Acosta said — from 10,000 in February to 40,780 in April.

Flight costs have also increased. The average price for an economy ticket from Lima to Miami at this time of year was between $500 and $700, according to Acosta. These days, prices start from $1,200 and can even reach $4,500, he says. In normal years, the high season for trips between Peru and US is usually July.

Card’s flight from Mexico City to Miami cost around 10,000 Mexican pesos ($500) for four days, including accommodation. She says the trip wasn’t as expensive as she expected, but still out of reach for many Mexicans. “Not everyone can do it…with the 10,000 Mexican pesos I paid, a family in Mexico can buy food for a month,” she adds.

At the vaccination center in Seattle, Estela said he felt warmly welcomed. The fact he was not a US citizen didn’t seem to matter, he said.

“Everyone was so nice and friendly there and when one of them realized I was Latin American, she told me: ‘You and your family are welcome to come and get vaccinated, we have vaccines here.’ Those words meant everything to me,” he said.

While Estela waits for his second dose later in May, his wife Ursula and 18-year old daughter Ariana have joined him in Seattle. They opted for a Johnson & Johnson vaccine.

“I felt protected, knowing that I can go back to my country and feel safe, still taking all precautions but safe” says Ursula, describing the moment when she got her shot.

Like many of those interviewed by CNN, she said that her own vaccine tourism would help slow the spread of the coronavirus and allow someone else back home to take her place in line.

“We are helping to stop the virus spreading in our country; more people vaccinated will help bringing transmission levels down,” she said.

“The vaccine dream also means an extra vaccine for someone who needs it in my country…if I can save another life doing this trip, it is worth more than the economic cost,” added her husband.

In time, other destinations may also become an option for Latin American travelers looking to accelerate their vaccine treatments.

In Russia, the makers of Sputnik V proposed a vaccination program for foreigners on Twitter: “Sputnik V vaccination in Russia! Who’s on board?” “Just to be clear, this was not an April Fools’ Day joke. We are working to start this program in July”, the Sputnik V Twitter account also said.

Closer to home is Cuba, which is currently developing its own Covid-19 vaccine with two candidates in their final phase three of clinical trials. If all goes well, Cuban health officials expect to vaccinate the majority of the population by the end of the summer, and have floated the idea of bolstering the local tourism industry by offering “vaccination vacations” to visitors.

In the meantime, a trip to the US for a vaccine is an option for citizens of countries where the coronavirus is still uncontrolled.

“If you have the opportunity to do it, it is crazy not to do it …The virus is surrounding us,” says San Martin.

DISCLAIMER: The Views, Comments, Opinions, Contributions and Statements made by Readers and Contributors on this platform do not necessarily represent the views or policy of Multimedia Group Limited.
Tags:
America
Vaccine tourists