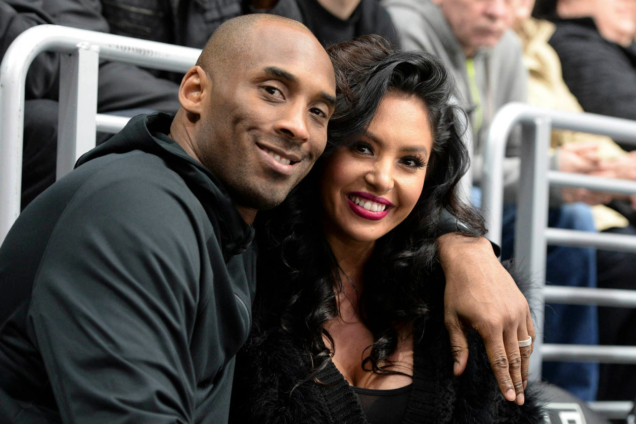 Vanessa Bryant is remembering her husband Kobe Bryant on what would have been his 44th birthday.

On Tuesday, the wife of the late athlete marked the special day with a tribute post on Instagram. “Happy birthday, baby! I love you and miss you so much! #44 ❤️ @kobebryant,” she wrote.

Along with the sweet message, Vanessa shared a throwback picture of her being embraced by her husband, who is wearing a Los Angeles Lakers 2009 championship T- shirt and hat.

Vanessa and Kobe’s friends also paid tribute to the late athlete in the comments.

Kobe’s sister, Sharia Washington, also celebrated her brother’s birthday with a series of throwback pictures featuring the late athlete as a kid.

“8.23.78 You were born for greatness. ❤️ Happy birthday Bean! #44 ‘A lot of people say they want to be great, but they’re not willing to make the sacrifices necessary to achieve greatness.’ – KB,” Sharia wrote, quoting her brother.

Kobe’s birthday comes one day after Vanessa was joined by her and Kobe’s 20-year-old daughter, Natalia, and friends Monica and Ciara at the Los Angeles courthouse for the third week of trail for her case against Los Angeles County regarding graphic photos taken and shared by officers from the helicopter crash site that killed her husband, the couple’s 13-year-old daughter, Gianna Bryant, and seven others in January 2020.

Vanessa’s appearance on Monday marked the first since she took the stand on Friday and recounted the emotional moment when she was alerted that the graphic photos of Kobe and Gianna had been taken.

She shared while on the stand that, to this day, she experiences panic attacks and anxiety over the possibility of seeing the photos from the devastating 2020 helicopter crash.

Since her husband and her daughter’s passing, Vanessa kept their memory alive by marking special occasions with her and Kobe’s daughters, Natalia, Bianka, 5, and Capri, 3.

In July, the Bryant women visited the Italian city where Kobe lived when he was a child. “Visited Reggio Calabria, a city my husband lived in when he was about 8 years old,” Vanessa captioned photos of her youngest daughters wearing pink dresses.

DISCLAIMER: The Views, Comments, Opinions, Contributions and Statements made by Readers and Contributors on this platform do not necessarily represent the views or policy of Multimedia Group Limited.
Tags:
Kobe Bryant
Vanessav Bryant