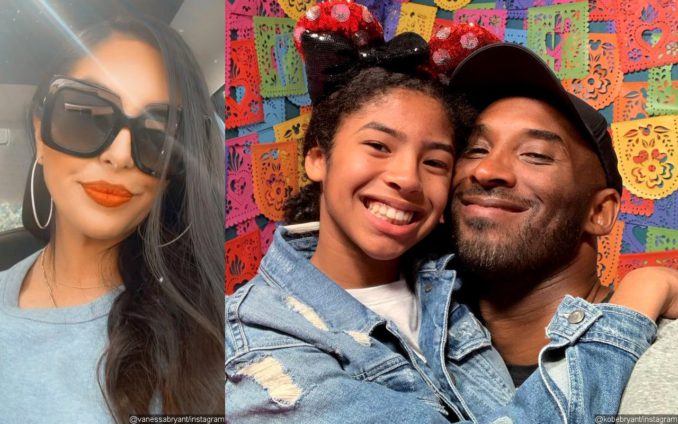 Vanessa Bryant is recalling the events of a horrible day. In a court deposition on Oct. 12, the 39-year-old wife of the late Kobe Bryant shared how she learned about the deaths of her husband and their 13-year-old daughter, Gianna “Gigi” Bryant, in a January 2020 helicopter crash.

Vanessa’s deposition was part of a lawsuit she filed in September 2020 against Los Angeles County Sheriff Alex Villanueva and his department, alleging that eight sheriff’s deputies took cell phone photos for their personal use of the bodies of her late husband and daughter at the helicopter crash scene where they died.

The lawsuit is seeking unspecified damages, including punitive damages, for negligence, invasion of privacy as well as intentional infliction of emotional distress.

In a statement to ET at the time the lawsuit was filed, the L.A. County Sheriff’s Department said, “shortly following this tragic crash, Sheriff Villanueva sponsored legislation which now makes it a crime for public safety personnel to take and share non-official pictures of this nature. Due to the pending litigation, we are unable to offer further comment.”

According to a transcript of the deposition obtained by ET, Vanessa said that she first heard about the helicopter crash around 11:30 a.m. on Jan. 26, when her family’s assistant “told me that there was an accident and that there were five survivors.”

The assistant was unsure if Kobe and Gianna were among the survivors, and so Vanessa began calling her husband to no avail. Vanessa wouldn’t learn until later that there were no survivors of the crash, which killed Kobe, Gianna, and seven others.

At that point, Vanessa asked her mom, Sofia Lane, to come over to watch her two youngest children, Capri, 2, and Bianca, 4, while she went to pick up her eldest child, 18-year-old Natalia, from an ACT prep class. While on the phone with her mother, Vanessa saw “RIP Kobe” notifications start to pour in.

After she picked up Natalia, she told the teen “not to worry,” but grew “frustrated” because “no one was telling me whether or not they were OK,” as they “couldn’t tell us anything over the phone.”

Vanessa next tried to charter a helicopter to the crash site, but was refused due to the weather conditions. It was then, Vanessa said, that Lakers General Manager Rob Pelinka drove her and Natalia to the Sheriff’s station in Malibu.

Vanessa said that the officers at the station “weren’t prepared” when they arrived, kept moving her from room to room and would not tell her if her husband and daughter were OK. Eventually, she said, Sheriff Villanueva came in and told her what had happened.

“He says, ‘Is there anything I can do for you?’ And I said, ‘If you can’t bring my husband and baby back, please make sure no one takes photographs of them. Please secure the area.’ And he said, ‘I will.'”

Vanessa claimed that the sheriff assured her that the area was “secure” with a “no-fly zone,” before she and Natalia left the station ahead of a planned press conference.

The lawsuit, Vanessa said, was filed in hopes of getting “accountability.”

“I don’t think it’s fair that I’m here today having to fight for accountability. Because no one should ever have to endure this type of pain and fear of their family members… I just don’t understand how someone can have no regard for life and compassion, and, instead, choose to take that opportunity to photograph lifeless and helpless individuals for their own sick amusement.”

“I do not want my little girls or I to ever have to see their remains in that matter. Nor do I think it’s right that the photographs were taken in the first place,” she added. “… I have my husband’s and my daughter’s clothing in my possession. And I can say that they suffered a lot. If their clothes represent the condition of their bodies, I cannot imagine how someone could be so callous and have no regard for them or our friends, and just share the images as if they were animals on a street.”

Vanessa added that her life “will never be the same without my husband and daughter.”

“Grief isn’t linear,” she said. “Every day is different and I try to my best to put a smile on my face for my little girls. I want them to live in the love and not in the loss.”

DISCLAIMER: The Views, Comments, Opinions, Contributions and Statements made by Readers and Contributors on this platform do not necessarily represent the views or policy of Multimedia Group Limited.
Tags:
Gianna Bryant
Kobe Bryant
Vanessa Bryant