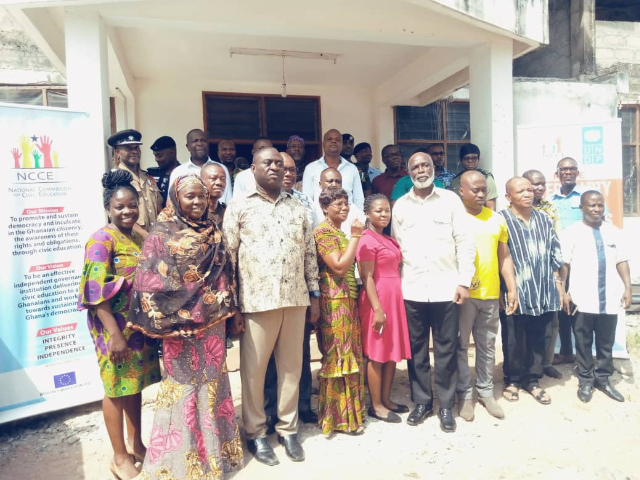 The Inter-party Dialogue of the Volta Region has begun vigorous preparations towards promoting peace ahead of the 2020 general elections.

The Volta Region Director of National Commission on Civic Education (NCCE), Kenneth Kponor, said peace is a prerequisite for national development hence the urgent need to make sure that peace is maintained in the country, before, during and after the general election

“It is important that we maintain the peace we enjoy in the country before, during and after the election,” Mr Kponor said

The Committee will also provide an effective platform for key stakeholders to engage the various political parties on securing the prevailing peace in the Region for accelerated socio-economic development.

Mr Ken Kponor, who was speaking at a meeting of the Committee in Ho, sponsored by the United Nations Development Programme (UNDP) and chaired by Elvis Van Lare, also said they would initiate measures to deal with issues of defacing of posters, biased media reportage and campaign violence.

He said the Committee in collaboration with other stakeholders would be able to identify potential conflict zones in order to give the necessary attention to those areas to deal with any eventuality that may trigger violence.

“The committee will be critical in the use of provocative language abuse by the political parties, issues of vote-rigging as well as abuse of incumbency among others, “he said.

According to the director, distribution of gifts and money to the electorate and declaration of results by political parties and members of the parties would be monitored keenly and strict measures would be put in place so as to avoid such issues

Director of Communications and Corporate Affairs at NCCE, Joyce Afutu said the nation’s quest for socio-economic development and democratic growth can only be a reality in a peaceful country.

Volta Region Chairman of the National Peace Council, Rev Seth  Mawutor urged the political parties to avoid activities that could destroy the peace of the country. Mr Pascal Agbagba and Mr Ronald Kaykay Kodzo Fiakpui of the NDC and NPP, respectively, urged the various political parties to ensure a peaceful general election.

DISCLAIMER: The Views, Comments, Opinions, Contributions and Statements made by Readers and Contributors on this platform do not necessarily represent the views or policy of Multimedia Group Limited.
Tags:
NCCE
Volta Region