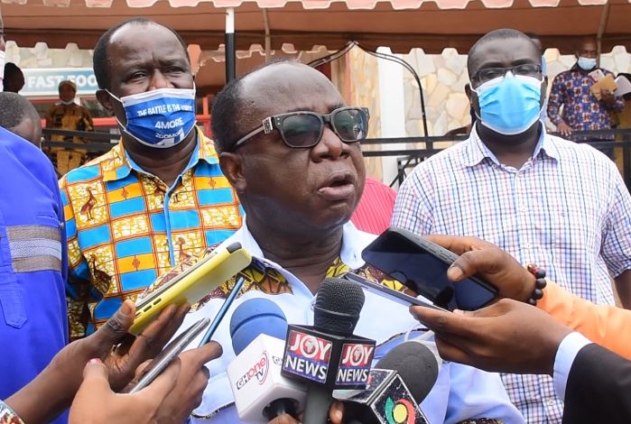 Freddie Blay, a former National Chairman of the NPP

The National Chairman of the New Patriotic Party (NPP) has explained why the President made fewer appointments from the Volta Region.

Speaking to the media after an engagement with NPP Volta Regional and Constituency Executives in Ho Tuesday, he said the Region received one ministerial appointment because it produced one parliamentary seat for the governing party.

Mr Blay who was reacting to an uproar on the fewer ministerial appointees from the Volta Region said the situation would change in the future if the party wins more parliamentary seats.

“The President made it a policy to give deputy ministerial jobs to those who mainly are in Parliament, except very professional positions. Apart from the Attorney General and a couple of people, most of the deputy ministerial appointments went to MPs.

“The party has promised they will work harder to ensure that we have more ministers,” he said.

Mr Blay also said efforts are being made to resolve internal wrangling in the elephant fraternity in the Region to establish a united and formidable front to annex more parliamentary seats in 2024.

“Of course we have not had many seats as we had expected, we had only Hohoe, even then we are going to improve upon it and members have expressed their desire to work hard and improve upon the results of what we had,” Mr Blay added.

DISCLAIMER: The Views, Comments, Opinions, Contributions and Statements made by Readers and Contributors on this platform do not necessarily represent the views or policy of Multimedia Group Limited.
Tags:
Freddie Blay
Ministerial appointments
NPP
Volta Region