'We are unlikely to meet 15 million vaccination target this year' - GHS - MyJoyOnline.com 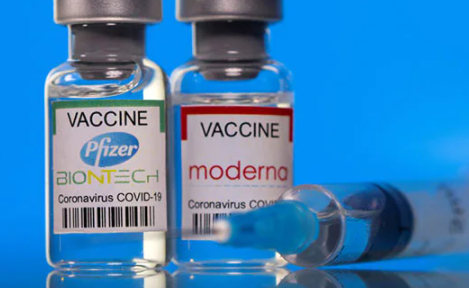 The Ghana Health Service (GHS) says it is not likely to meet its target of vaccinating 15 million people before the end of 2021.

Earlier, government had been determined to vaccinate 20 million people by the end of 2021 as part of efforts to protect the citizenry against the virus.

Delivering an address at the 76th session of the UN General Assembly on September 22, 2021, President Akufo-Addo said his government was hopeful it will achieve its target, despite the few setbacks Ghana experienced in its vaccination drive due to vaccine shortage.

“We’re still hoping to vaccinate 20 million of our people by the end of the year,” he indicated.

But with barely two weeks for the year to end, the GHS has admitted it may not be able to inoculate even 15 million people before December 31, 2021.

Manager of the Expanded Programme of Immunisation at the GHS, Dr. Kwame Amponsah Achiano, revealed this at a leadership dialogue series organised by the Centre for Social Justice.

“To be frank with you, the focus of the programme is to get people, who are yet to be vaccinated, vaccinated. We thought we could do about 15 million before the end of the year but if you look at the trajectory, it may not be likely that we would achieve that.”

“We are putting together the plan and eventually it has to go to the COVID-19 taskforce for ratification before we do that; so it is in the plan,” he said.

The country has so far vaccinated 7.5 million people. As part of efforts to get more Ghanaians to vaccinate against COVID-19, the government has introduced new measures, including a mandatory vaccination drive at the Kotoka International Airport (KIA).

Dr Achiano confirmed that large quantities of vaccines dispatched to the Volta region expired due to vaccine hesitancy among the people.

He said the refusal of the people in the Volta region to get vaccination is thwarting the country’s effort to limit the spread of the pandemic.

“We made a lot of vaccines available and I believe that when you do the background checks, you’d realise that quite a number of our vaccines expired in the Volta region of Ghana,” Dr Achiano added.