‘We don’t have men and women able to transform global discussions’ – Prof. Dodoo 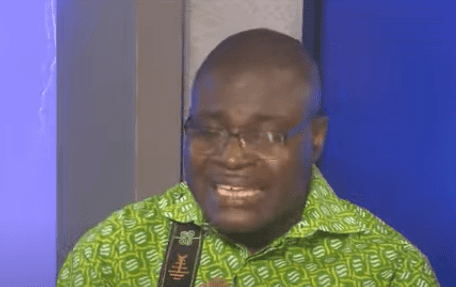 Director-General of Ghana Standards Authority (GSA), Professor Alex Dodoo says the country has been unable to provide individuals who are able to transform discussions and issues at the global level.

According to him, a matter of concern is how government is able to exploit the creative potential of citizens to help develop the country.

“The point I want to make is as a republic, we don’t have the men and women able to transform global discussions and issues. How are we exploiting their creative potential to move our country forward. At the GSA, in the era of Covid-19, what I said is the whole world has moved into two words – pragmatism and agility,” he said on JoyNews.

Interacting with George Wiafe on PM Express Business Edition on the issue of standardisation, Prof. Dodoo noted that the first-ever malaria vaccine, tested and approved for public use was made in Ghana.

According to him, the feat achieved in the early 80s or 90s, was by one individual from Kintampo. However, it has taken some years before its global recognition.

“Somewhere in the early 80s and 90s, Ghana was the first country which put malaria vaccines into human beings. On October 6, the World Health Organization said malaria vaccines should be used globally. Yes, this vaccine was given a positive opinion by the European Union but they said we need to be sure that this can work.

“Ghana stood up, I remember the Health Minister in May 2019, saying that we will do the field implementation trial. Then Kenya and Malawi came on board. I was fortunate to be the Chair for the global vaccine safety panel for Malaria Vaccine Implementation Programme and thankfully less than 3 years down the line, we have reached a stage where we are saying vaccine saves lives. Malaria vaccines will save lives but it was “Made in Ghana”.

“The first human who got it is from Ghana, Kintampo in the Bono East Region,” he revealed.

Touching on the talents of Ghanaians, he stated that it is high time, focus is shifted on the middle level and lower level citizens rather than people who use huge vocabulary in the English Language.

“When you meet problems, forget about big English and say this is Ghana, we have a situation. We need water to run to people’s houses. We have a container called Veronica bucket. How do we purpose it? A lot of the time, our discourse is too much of big English that the people we need to carry along get lost.

“Believe or not, the creative potential of this country comes from the Middle level and lower level people. We the academics puts our intelligence together and write a nice paper, get professorship and talk big. But it comes from them. They are the users and the mass market.”

To ensure such talents are realized, he made mention of the important role the Ghana Standard Authority and the Food and Drugs Authority, as a regulator, play to achieve this.

DISCLAIMER: The Views, Comments, Opinions, Contributions and Statements made by Readers and Contributors on this platform do not necessarily represent the views or policy of Multimedia Group Limited.
Tags:
Ghana Standards Authority (GSA)
Professor Alex Dodoo