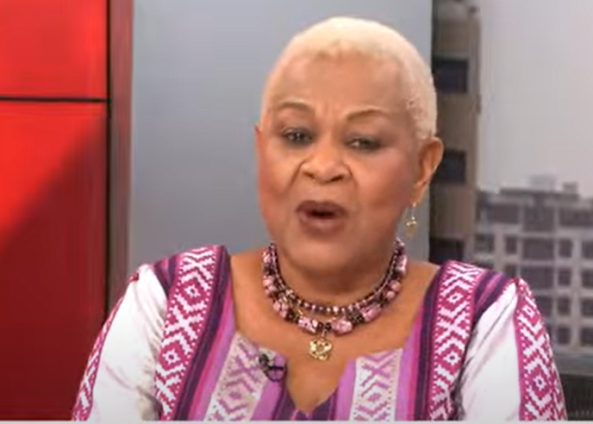 The Board of Trustees of the National Cathedral project has said they do not need monetary support for the construction from the government, aside from the seed money.

A member of the Board, Joyce Rosalind Aryee, said their focus is on the Christian community to help construct the project.

According to her, they [Board of Trustees] understand the issues Ghanaians have raised against the usage of state funds for the construction.

Speaking on GTV’s Talking Point on Sunday, September 4, Madam Joyce Aryee insisted that they will not depend on state funding for the construction.

“In fact, the reason why we are sitting here talking is that apart from the seed money that the President promised, we don’t want money to come from the taxpayer.

“We don’t want the money to come from the taxpayer that is why we are sitting here today that let us all give to support,” she said.

Work on the National Cathedral project is currently suspended. This is because its Secretariat has run out of capital to finance the construction.

Dr Paul Opoku-Mensah revealed this in a JoyNews interview on Tuesday, August 30.

“We have the contractors and their staff on site, but the work has been suspended. We are hoping that within the next couple of weeks, as part of our fundraising and other initiatives we can begin work again,” he stated.

According to him, “our ability to complete this work keenly depends on Ghanaians supporting it.”

The populace started questioning the project’s source of financing when the North Tongue MP, Samuel Okudzeto Ablakwa, put out documents showing that an amount of GH¢200 million has been dished out towards the construction of the project.

These monies, he said, were paid without recourse to parliamentary processes or strict public procurement practices.

His revelations have since gotten many influential individuals and pressure groups questioning the transparency and accountability of government.

The building of the Cathedral fulfills a pledge President Akufo-Addo revealed he made to God before winning the 2016 elections.

The government has already demolished all structures on the proposed site to construct the National Cathedral at Ridge in Accra.

DISCLAIMER: The Views, Comments, Opinions, Contributions and Statements made by Readers and Contributors on this platform do not necessarily represent the views or policy of Multimedia Group Limited.
Tags:
Board of Trustees
Joyce Aryee
National Catherdral