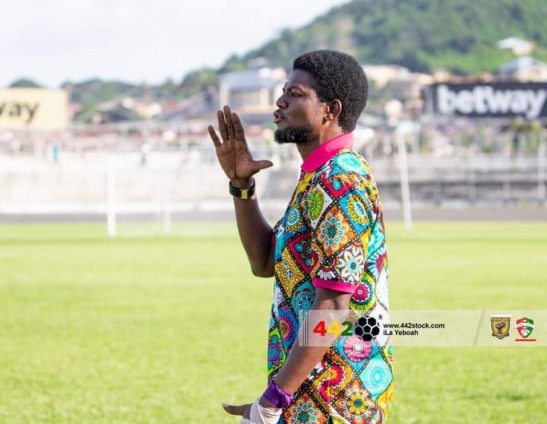 Karela United coach Bismark Kobi-Mensah has conceded that his team lost to a better Accra Lions side on Saturday in their 2022/23 betPawa Premier League matchday two fixture.

Quick-fire goals from Samuel Gyimah in the 24th minute and Daniel Awuni in 27 minutes condemned the ‘Pride and Passion’ boys to a 2-1 defeat at the Accra Sports Stadium.

Substitute Enock Agblenyo bagged the consolation goal for the visitors in the 71st but Accra Lions defended well to hold on for their first points of the season.

Kobi-Mensah said they afforded the hosts too much space to operate which is why Karela United could not pick a positive result.

When asked if he underrated Accra Lions before the game, he said, “It is not true. That is not in my books.

“I know they are a young side but they have quality. They are tactically good. They have good speed.

“So, coming into this game, we didn’t want to give them space but I think in the first half we gave them too much space.

“I think we lost to a good side. They played well. As I said, it’s a game of two halves. In the first half they were better. In the second half, I think we were better but we couldn’t score the second goal.”

Karela United now have a win and a defeat in their first two games of the 2022/23 betPawa Premier League and will host Dreams FC on matchday three at the CAM Park on Sunday, September 25.