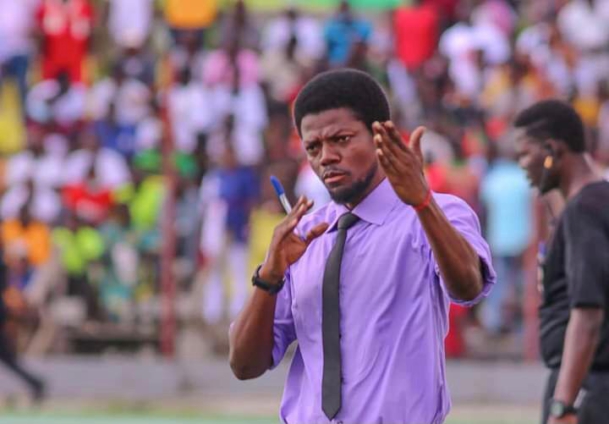 The Aiyinase-based side shipped in two goals in three minutes to succumb to a 2-1 loss at the Accra Sports Stadium on Saturday, September 17.

Kobi-Mensah’s team was completely dominated in the first half before they attempted a comeback in the second period that was unsuccessful.

He explained that Karela United lost the game because of their poor display in the first department.

“It is a game of two halves. We conceded two unnecessary goals. In the first half, we were a bit poor and slow. I think we lost the game in the first half,” Kobi-Mensah stated at the post-match presser.

Those players who came in [the second half], tactically, they improved our game and we were able to score a goal.

“We wanted to score another one but the Accra Lions players were more intelligent because to defend against a team that wants to score, you have to keep the ball.

“I think in the last 20 minutes they kept the ball well from us that is why we couldn’t score another goal.

“In all, I like the character that my players showed to come back into the game; that gives me more hope in the next game.”

Samuel Gyimah opened the scoring for Accra Lions in 24 minutes before Daniel Awuni added a second three minutes later. Enock Agblenyo grabbed the consolation goal for the visitors in the 71st minute.