‘We must guard against the consequential stranglehold of rating agencies’ – Akufo-Addo to AU - MyJoyOnline.com 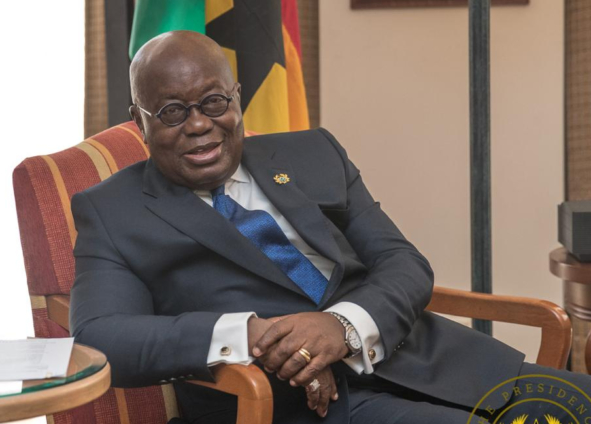 President Nana Akufo-Addo has urged African leaders to guard against the continuing consequential power of rating agencies on African economies.

Speaking at the African Union meeting in Ethiopia on Sunday, February 6, he observed that credit ratings by these rating agencies have affected the cost of borrowing and access to the international capital markets.

His comment comes at a time rating agencies, Fitch and Moody’s, have both downgraded Ghana’s capacity to borrow, a situation that is affecting the country’s finances.

“We need to guard against the continuing consequential stranglehold of the rating agencies, which has affected the cost and access to capital markets for African countries, and has, during this Covid-19 period, resulted in the downgrading of many African countries, exacerbating, even more, their funding challenges.”

“Furthermore, it is of the utmost importance that the G20 leaders stick to their commitment to reallocate to Africa, SDR $100 billion agreed to at the Paris Summit,” he said.

On Friday, February 4, Moody’s Investors Service (Moody’s) downgraded Ghana’s long-term issuer and senior unsecured debt ratings to Caa1 from B3 and changed the outlook to negative.

“The downgrade to Caa1 reflects the increasingly difficult task the government faces addressing its intertwined liquidity and debt challenges”.

Meanwhile, the Finance Ministry has appealed against the downgrade of the country’s credit rating to Caa1, from B3 by rating agency Moody’s.

In a statement, it said the government of Ghana is completely puzzled by the decision to downgrade Ghana’s credit rating to Caa1, despite the series of progressive engagements it had with the team from Moody’s, the quality of the data supplied, as well as the medium-term economic and fiscal focus of the government, underpinned by key fiscal consolidation reforms such as the policy decision to cut expenditure by 20%, as recently announced by the Minister for Finance, Ken Ofori-Atta.