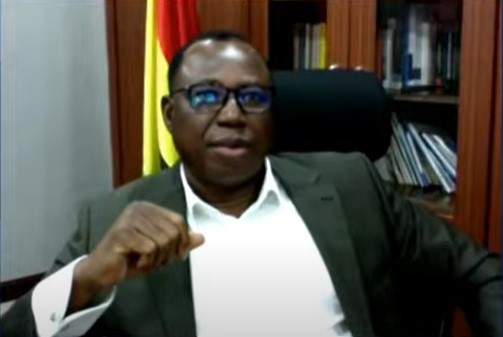 Commissioner of the Commission on Human Rights and Administrative Justice (CHRAJ) has opined that the country needs a robust asset declaration regime.

Speaking on Upfront on Thursday, Joseph Whittal noted that it is high time the country takes serious action against non-declaration of assets by public officeholders.

He said the government should also have a well-resourced institution with an excellent verification system for asset declaration. This will make it possible for authentication of assets declared by public servants.

“We need a robust asset declaration regime with excellent verification system and the resourcing of institutions that will do the verification. That is capital intensive, are we ready to spend on fighting corruption? That is what we should do,” he stated.

Reacting to the acquisition of state properties by public officials while in office, Joseph Whittal said the government must “take the bull by the horn” in dealing with that practice.

“To everybody who has been given a state responsibility, if you don’t declare your asset, we are walking into a fault, because we don’t know what you came in with and we don’t know what you legitimately own and at the end of your service, what you are legitimately leaving office with. So why are we not holding the bull by the horn? If we want public office to really be a service and not a place for enrichment and in this case, illicit enrichment, we have to sit up,” he noted.

Meanwhile, Former Auditor-General, Daniel Domelevo has called for a lifestyle audit among some Ghanaians.

In an interview on JoyNews’ Upfront on Wednesday, he stated that it is critical that the country comes up with a law that requires Ghanaians to explain their sources of income.

“There are some people you would agree with me that they don’t have any well paid jobs or he has not been in office long enough to accumulate a fraction of what they have.

“These people may have to account to the nation and explain how they got their monies. If these monies were not even earned through corrupt means, at least they might have evaded taxes so they may have to pay tax,” he said.