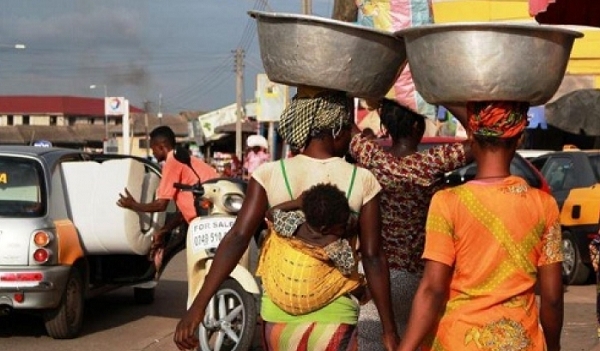 A former Minister for Gender, Children and Social Protection, Otiko Afisa Djaba, has bemoaned the lack of efforts by stakeholders to modernise Ghanaian markets to safeguard the lives of head porters, commonly referred to as ‘kayayei’.

Speaking at a programme organised by the Henry Djaba Memorial Foundation, the Ministry of Youth and Sports and the United Nations Population Fund (UNFPA), Otiko Djaba argued that there is the need for authorities to implement measures to lessen the burden of deprived head porters in the country. This included the establishment of habitable and convenient market structures to aid their activities.

The event was dubbed “Kayayei Dialogue” and themed “Drop the Pan and Pick Up your Future”.

According to her, the creation of decent market facilities will go a long way in the quest to eliminate head porters completely from the streets. She also stressed on the need for government and other relevant stakeholders to consider initiatives that will maximise the potentials of head porters to enable them contribute their quota as the country’s human resources.

“Dropping the pan does not mean immediately. It is a process of ensuring that we modernize our markets and use trolleys so the girls would become porters instead of head porters. Carrying the load on their head is unpardonable and unacceptable. It should never go on again. It must stop now because of the health implications. A girl dead by carrying this heavy load. Because it was so heavy it fell and she fell backwards and injured her neck and her spine. By the time they got to the hospital she had died,” she revealed.

Madam Otiko Djaba explained that “they come moving away from poverty, from inadequate development in their rural settings. The government must develop all the rural communities so that the girls can stay in their communities. Over 100 thousand girls are in Accra. As we speak one thousand is arriving.”

“Same in Kumasi and about maybe 40 thousand in Tarkoradi and Techiman. These are all the human capital of mother Ghana just wasting away in our markets. They must drop this pan and pick up their future and I hope you will help because it is not something only one person would do. It takes the whole community to develop a person. The girl child, the porter needs to be developed,” Madam Otiko Djaba stated.

Minister for Youth and Sports, Mustapha Ussif, also posited that educational initiatives and incentives have been a major measure by government to reduce the influx of head porters in the country. He therefore advised donors and other support groups on how to effectively lend assistance to head porters in the capital and other parts of the country.

“The major policy intervention by government is the Free SHS policy because there are statistics that show that more than 50% of them have no formal education and mostly they associate not going to school to financial challenges. But with the free SHS policy, they have no excuse at all than to go to school. And also the school feeding programme is one of the major interventions, because once they are in school, they get fed by government, the Minister said.

He added that “aside that, I also mentioned that the National Entrepreneurship and Innovation Plan collaborated with the Gender Ministry to train majority of them and give them equipment and startup capital but the challenge we face is that they get all these startup capital and equipment and they go and they come back. The numbers are not decreasing, it keeps on increasing.”

Mr Ussif noted that “we need the young ladies to assess their interest. We do not have to impose the training programmes on them but assess and let them tell us where they have interest in being trained. Whether it is dress making, hairdressing, bakery, they have to let us know their interest area so we can train. Once they have interest there, it is easier for them to pick it up but if you just come and customize training without getting the young ladies and the girls involved you might not get the right results.”

As of now, poverty, sexual abuse, poor healthcare and the lack of convenient shelter have been identified as some of the notable challenges that plague the livelihood of head porters in the country.

To tackle these problems, government and some NGOs have consistently rolled out some interventions in the form of vocational trainings to ease the toil of these head porters. But despite these efforts, records still indicate that there’s still more to be done to deal completely with the menace.

The programme, which was organised to shine the light on the plights of head porters, was in conjunction with Women in Informal Employment Globalizing and Organizing (WIEGO), Boabab and the International Justice Mission (IJM).