We spent ¢6m on our recent corruption survey – GSS 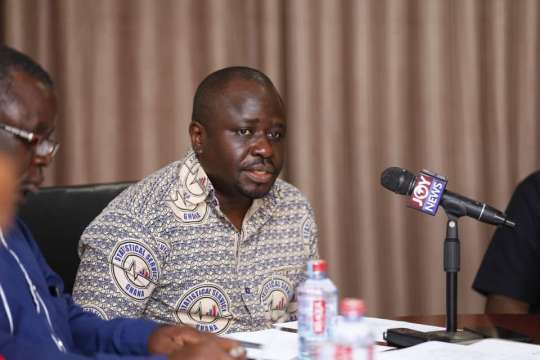 The Ghana Statistical Service (GSS) has revealed that it spent ¢6 million in conducting its corruption perception report recently released.

According to the GSS, a component of the expenditure was from United Nations Office on Drugs and Crime (UNODC).

This was revealed by the Government Statistician, Prof Samuel Kobina Annim.

Speaking on the JoyNews’ AM Show on Friday, July 29, they can do the research with ¢5 million on their own.

“In total, we spent about ¢6 million on this survey but obviously this had a component of the expenditure from UNODC side because of the technical support they provided but once we are doing this by ourselves, we think something around ¢5 million will suffice,” he said.

Prof. Annim also said they will engage with the Finance Minister to see how often this research can be done.

“We have already started conversations on that unfortunately the conversations are from our development partners but what are going to do together with CHRAJ is to approach the Minister for Finance to see what government can do in terms of whether every year or every two years.”

The said report by the GSS together with CHRAJ and UNODC ranked the Ghana Police Service as the most corrupt institution in the country.

According to the survey, more than 17.4 million bribes were paid in 2021 with Police officers topping the list of officials who take bribes with 53.2%.

Meanwhile, the Inspector General of the Ghana Police Service, Dr. George Akuffo Dampare in a five-page letter to GSS and CHRAJ on Wednesday, July 27, questioned the methodology used to conduct the survey.