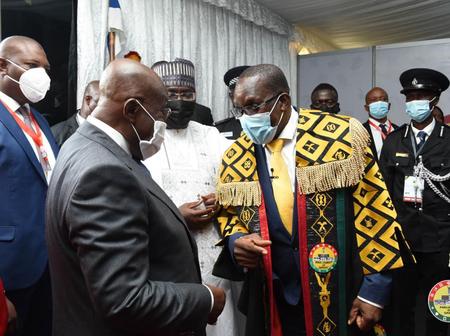 A private legal practitioner, Ace Kojo Anan Ankomah has taken a jibe at the elected leaders of the country following the statement by Speaker Alban Bagbin about being in the “number 3” position in the nation’s governance.

During a heated debate in Parliament yesterday, March 23, Mr Bagbin teasingly chided Osei Kyei-Mensah-Bonsu when he challenged him regarding a decision Mr Bagbin had taken.

The Speaker proceeded to remind the Majority Leader of Parliament that his role as Speaker is superior to that of Mr Kyei-Mensah-Bonsu, adding, “You have to be my friend, not me being your friend. At least, I have a position in Ghana, Number 3. What is your number?”

Reacting to this, the veteran lawyer in a Facebook post on Wednesday, reminded them, and by extension, all those in leadership positions in government that the power they wield is only possible because of the country’s “unnumbered” citizens.

“Well, it’s our votes that ultimately gets anyone there even to become numbered. We have the numbers but aren’t numbered because [we] are too important to be designated by sheer numbers.

Although he acknowledged that the constitution clearly delineates the President as the first gentleman of the land followed by the Vice President and Speaker of Parliament, he asked them not to lose sight of the power of the citizenry to either maintain them in that position or “shake” them.

“And your numbers connote that your days as those numbers are numbered by our Constitution. So, dear numbered ‘Caesars’ please seat yourselves sure, for we the unnumbered have the power to shake you, or worse days endure,” his post read.