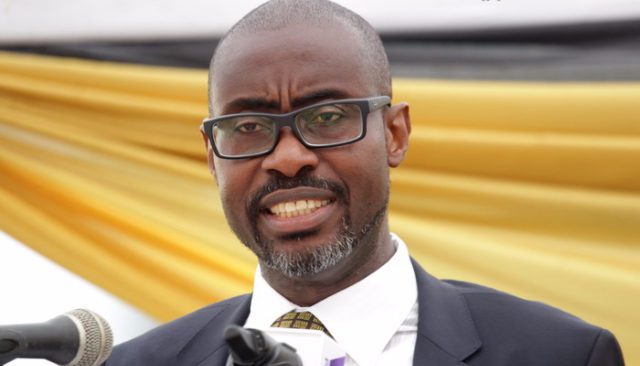 The authorities argue that they need all the students to be at one place (geographically, in attitude etc), to make their work easier.

Thus, there’s very little room for exceptions because those simply open the door to more claims for more exceptions and then, it is argued, discipline would break down.

When we went to boarding school it was ‘Obey before complaint.’ ‘A breach of common sense is a breach of school rules.’ Only a medical reason (such as you are about to die!) could get you out of the regimented system.

In Kwabotwe you couldn’t wear ‘charleywote’ to the academic site. Then they created an exception: without a medical chit. So boys faked foot rot and got the chits. Why? For sheege reasons. And you couldn’t wear a non-sandal footwear without wearing a pair of socks. We called it ‘Mungo Park.’ I don’t remember the reasons given. Just do it. The senior boys defied it because they were senior. Sheege reasons!

‘Attending dining’ and eating were supposed to be compulsory. We breached. We were all served the same food, the awful ‘khaki soup’ and ‘baby sh&t’ with hard, bouncy yams. Even the beloved ‘dod’ (others unexotically call it ‘red-red’) had a million white substances in the beans, falsely rumoured to be maggots. We ate with relish. Protein! Jollof was once a year, at speech day, to hoodwink attending parents.

But the smoke flavour always gave the game away. The only exceptions to not eating the general diet were medical – eg people with ulcers ate ‘pepper-free’ meals, which were much better prepared than the general meals. So plenty boys ‘developed’ ulcers, got the pepper-free meals and promptly added pepper-laden shito for taste.

Basically, we had the authorities playing catch-up all the time. That’s high school – rules and desperate attempts to breach them.

In choosing a school for your child, you are irrebuttably and irrefutably presumed to have checked what their rules are and determined that that is the best institution to totally groom your kid for you.

That is why you are shown the rules, and then you sign them with your kid to indicate your acceptance and that your kid will comply.

The questions, therefore, are: after you have accepted to be bound by those rules and gained the admission, can you then demand exceptions for your kid on any grounds? Is that a binding document inter se, between the parent, the child, the school, the staff, other parents, other children? If so, under what circumstances would exceptions be given? Authorities argue that if they grant any exceptions, the next day, 300 other students shall demand the same exception on similar grounds.

Did you know that almost all schools ban occultic practices? Yeah. Written boldly in the rules. But technically, isn’t that an infringement of religious rights? Or that is ok because presently, occultism is blamed for kids murdering kids for money rituals?

Where do we draw the line between the full expression of our constitutional human rights and the constitutional clawback given to parents and ‘persons in loco parentis’ (I had to throw in some Latin just to impress you… it means persons in the position of parents) such as schools, in the raising of minors?

If I will not allow my 15-year-old to sport a shabby beard or wear his jeans with a redesigned waistline below his butt, showing his boxers, while he lives under my roof, eats my food, drinks my water, wears my clothes and…, wait for this…, breathes my oxygen, can a school make similar rules for minors under its care?

Where do we find a balance in the competing interests? Can affected parties negotiate small compromises so we all move on happily? Or are we going to wait for a general rule to be ‘legislated’ by the court, the decision of a supposed third-party-neutral called a judge, who also went to High School and might have loved or hated the rules?

Ah ha! Talk to me about law and justice. I will remind you of the old saying from legal realists: ‘justice is what the judge ate for breakfast.’

DISCLAIMER: The Views, Comments, Opinions, Contributions and Statements made by Readers and Contributors on this platform do not necessarily represent the views or policy of Multimedia Group Limited.
Tags:
High School
Human rights
Kojo Anan Ankomah