'We will be unstoppable when we pick up' – Samuel Boadu - MyJoyOnline.com

‘We will be unstoppable when we pick up’ – Samuel Boadu 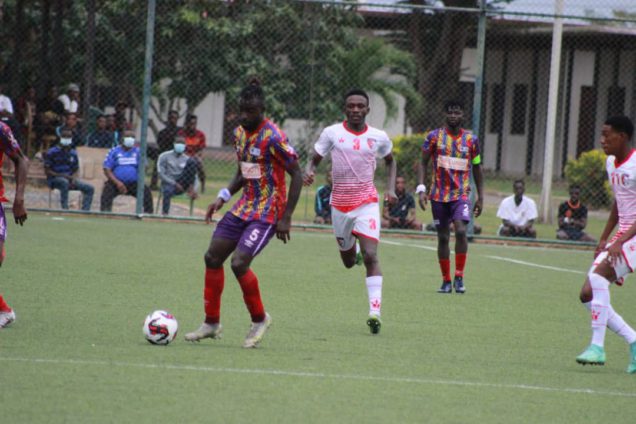 Accra Hearts of Oak head coach, Samuel Boadu, says his side will be difficult to beat should they rediscover their best form after being held to yet another draw on Friday night.

The reigning Ghana Premier League champions could only manage a 1-1 draw in their matchday two fixture against WAFA after taking a first half lead. The result leaves Hearts without a win in their opening two games of the season.

But Boadu says he is not under any pressure at the moment while also promising that the Phobians will be a force to reckon with should they manage to get back on track.

Asked if he has started to feel pressure, the gaffer answered: “Not at all. There is nothing [like pressure] on me, I know myself. Maybe from the fourth match going, things will change.

“When Hearts start picking up, we will be unstoppable,” Boadu added.

Last season’s coach of the season also believes the goal conceded by his side was a result of miscommunication at the heart of defence, and that is something that he and his staff will look to work on.

“There is a little mistake that we need to correct. The goal we conceded [against WAFA] was a miscommunication, which cost us and allowed WAFA to cancel our lead,” he concluded.

The Accra-based side will now turn their attention to the next league game – against Aduana Stars at the Accra Sports Stadium on November 15.