What are the symptoms of Omicron? - MyJoyOnline.com

What are the symptoms of Omicron? 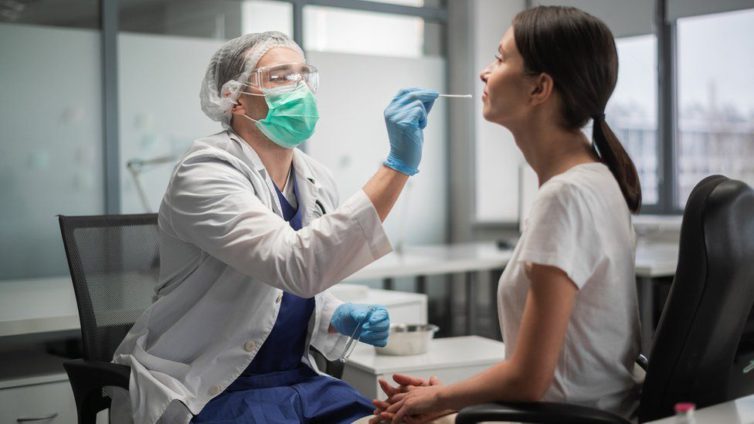 The first cases of the new Omicron variant of coronavirus have now been detected in the UK.

It was highlighted by scientists in South Africa as a potentially worrying new strain.

What tests are used to detect Omicron?

Swabs from polymerase chain reaction (PCR) tests, which are sent to labs for analysis, can show if the variant causing the infection looks like Omicron, Delta, or something else.

Between a third and a half of UK labs – but not all – have the required technology to detect suspected Omicron cases. That means some parts of the country may identify more Omicron cases more quickly.

Confirming that a suspected case is Omicron requires a full genetic analysis, which can take up to a couple of weeks.

PCR tests are the ones you can order free from the government website if you have symptoms, or buy from a private company if you need one for travel purposes. There are many different makes.

Have the rules on self-isolation changed?

The advice for people with Covid symptoms or who have a positive test result for Covid (for any variant) remains the same – you must stay at home and self-isolate for 10 days.

But the UK guidance has changed for people who are contacts or live in the same household as a suspected or confirmed case of the Omicron variant.

When you get your PCR test back, it will tell you if you’re suspected to have Omicron.

At that point, the new requirement is that people in your household and any close contacts must also self-isolate for 10 days, even if they are fully vaccinated or under the age of 18.

You don’t need to wait until it is confirmed that you have the Omicron variant.

The rules around testing and self-isolation after foreign travel have also changed.

How do we know that Omicron is in the UK?

Using a technique known as genomic sequencing, all suspected Omicron test results have been analysed and some people are confirmed to have been infected with the variant.

It is likely there are many more cases of the variant already in the UK, as yet undetected, because it can take some time for this process to be completed.

The dominant variant of coronavirus is still Delta, which is responsible for around 40,000 new cases every day in the UK.

Rapid or lateral flow tests (LFTs), which can be used at home, can’t tell you which variant you’re infected with – but they are still thought to be able to tell you if you’re negative or positive, even with Omicron.

If you get a positive LFT result, you have a legal obligation to self-isolate immediately and must get a PCR test as soon as possible to confirm the result.

What’s the difference between Omicron and other variants?

The Omicron variant has lots of different mutations that haven’t been seen before, and many that have.

A large number of them are on the spike protein of the virus, which is the target of most vaccines, and that’s the main concern.

In standard tests, Omicron has what’s known as an “S-gene dropout” (which Delta, in most cases, hasn’t), and that gives a clue that it could be the new variant.

But not all “S-gene dropouts” will necessarily be Omicron – full genomic sequencing is needed to be sure.

What role does genomic sequencing play?

Up to 20% of the swabs from positive test results in the UK each week, or around 60,000 cases, are sent for genomic sequencing.

By looking closely at the genetic material provided, scientists can confirm whether someone is positive with Omicron or the already widely-circulating Delta.

This process only provides information about the swabs that are analysed – but using those results, scientists are able to estimate what proportion of new cases could be the new variant.

Scientists in the UK and South African are at the forefront of this technology, which is why most new variants have been detected in these countries. But that doesn’t always mean they originated there.

What are the symptoms of Omicron?

So far, in South Africa, most people infected are young and their symptoms have been mild.

There is some suggestion that the variant could be causing some slightly different symptoms to Delta – including aches and pains, and no loss of taste or smell – but it’s too early to say for certain.

At the moment, the World Health Organization says there is no evidence that symptoms of Omicron are different from those of other variants.

That means a new cough, a fever, and loss of taste or smell are still the main three symptoms to look out for.

Hospitals in South Africa are seeing more young people admitted with more serious symptoms – but many are unvaccinated or have had only one dose.

This suggests that getting two doses and a booster dose is a good way of protecting against disease caused by the new variant, as well as all other variants.

What else do we know about Omicron?

Very little is known about how the variant acts or how much of a threat it could be.

But on paper, it looks worrying, and that’s why governments are acting quickly in case it’s bad news.

Scientists are concerned that Omicron could spread more easily than previous variants and evade the protection from vaccines to some extent – but that’s yet to be confirmed on the ground.