What it says on the tin: Message from the Morning Man - MyJoyOnline.com

What it says on the tin: Message from the Morning Man 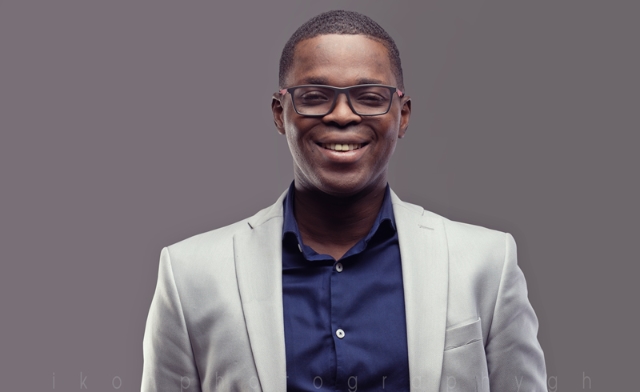 I have two sisters – Jenny and Jean. They both have English names. So does my mum, Grace. As a kid, I used to wish I had one too. I even made one up for myself: Jonathan. I chose it because it started with a J, which meant it would fit right in with my two sisters’ names. I remember how I used to write “Jonathan Kojo Yankson” on the backs of all my notebooks. Of course, it was a phase, and I grew out of it eventually, but I did still wonder why my father never gave me an English name. I later realised it was because he didn’t have an English name either, and he had obviously wanted me to be just like him. Kojo Yankson, son of Kobina Yankson.

Shakespeare’s character, Juliet asks, “What’s in a name?” Well, as it turns out, there’s a great deal in a name. Our parents name us according to what kind of person they want us to be. Asantes often name their children after a rich Uncle, first, in the hope that the Uncle will be flattered enough to take some financial responsibility for the child, but also, in the hope that the child will grow to be as wealthy and successful as the Uncle whose name they share. EvÄ›s often name their children with words that describe positive things, like Peace, Joy, Hope and Wisdom. There is an obvious desire for their children to adopt these character traits as they grow.

Parents in the Western world do the same. Baby Gabriel is a little angel, Baby Rose is a delicate flower, Baby Arthur, is a future king, and Baby Chastity… well, we can only hope… Basically, a name is a label which is meant to describe the contents. There’s a popular English expression: “…does what it says on the tin”. In today’s world of uncertainty and unreliability, this expression has come to symbolise the highest level of honesty and dependability with which an object, or even a person, may be described. So today, I want us to think for a moment about our names. Does your name describe your contents? Do you do what it says on your tin?

Your name is your purpose. If you don’t believe me, just check in the Bible. God changed people’s names when he changed their purpose and destiny. Abram (High Father) became Abraham (Father of a Multitude); Sarai (My Princess) became Sarah (Mother of Nations);Simon (He has heard) became Peter (Rock). Sometimes, the contents change, and so the label must change too.

Bombay became Mumbai to correct a three-century-old mispronunciation that only served to remind its citizens that they were once ruled by strangers; Siam became Thailand, which means “Land of the Free”; the Gold Coast became Ghana after independence, to divorce ourselves from the reason why we had been exploited for centuries, and align ourselves with the proud, ancient warrior kingdom of winners from which we were descended. Sixty-two years since the name change, have we done what it says on our tin?

My people, the bottom line is this: A stain remover is supposed to remove stains, so if you invest your money in one, spray your clothes with it, and the stains remain, you’ll feel cheated and disappointed. What good is a key-holder that can’t hold keys, or a windscreen wiper that can’t wipe your windscreen? What good is a thing that fails to do what it says on the tin?

My father deliberately did not give me an English name, so I would be like him. My father is a great man, who defied all odds to climb to the topof his profession, a man whose life has been dedicated to the benefit of many, and not just himself and those closest to him. My father’s name stands for a reputation of honour and integrity. I hope – no, I have decided – that by the time I am his age, I will have fulfilled the purpose for which he named (or more accurately, DID NOT name) me.

My name is Kojo Yankson, son of Kobina Yankson, and my name is a promise I must work to fulfill every day of my life.