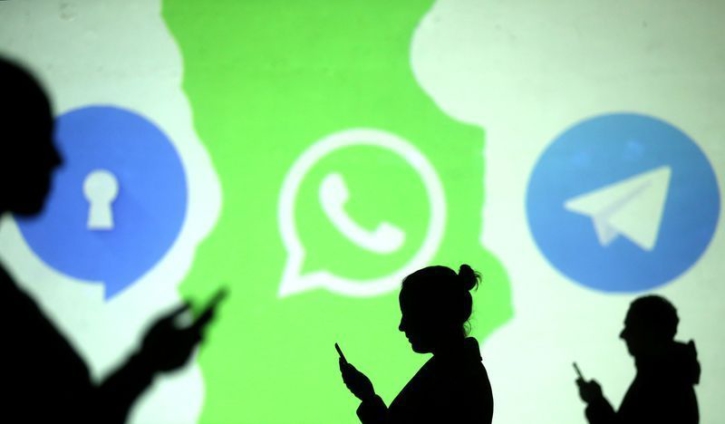 FILE PHOTO: Silhouettes of mobile users are seen next to logos of social media apps Signal, Whatsapp and Telegram projected on a screen in this picture illustration taken March 28, 2018. REUTERS/Dado Ruvic/Illustration

Social media platforms; WhatsApp, Facebook and Instagram have been restored for users globally after several hours of shutdown.

The three apps, owned by Chief Executive, Mark Zuckerberg, on Monday at about 4PM all went down in a major outage.

Reports from International media outlets indicated that the shutdown was “because of a problem in the company’s domain name system, a crucial component of the internet.”

Earlier, all visitors to the Facebook platform could see was an error page or a message that their browser could not connect.

However, WhatsApp and Instagram apps continued to work, but did not show new content, including any messages sent or received during the period.

In Ghana, citizens started to connect with one another on WhatsApp at approximately 9:40 PM. However, access was denied some few minutes later.

But the challenge was resolved at about 10:50 PM and users can now access all three social media platforms.

Following the reconnection, Facebook in a tweet thanked all its users who waited patiently as it addressed its challenges.

“We’ve been working hard to restore access to our apps and services and are happy to report they are coming back online now. Thank you for bearing with us.”

To the huge community of people and businesses around the world who depend on us: we’re sorry. We’ve been working hard to restore access to our apps and services and are happy to report they are coming back online now. Thank you for bearing with us.

During the outage, many took to Twitter to share their frustrations, concerns and kept pondering as to when exactly the social media platforms would start functioning.