WHO to convene on June 23 to decide if monkeypox presents health emergency - MyJoyOnline.com 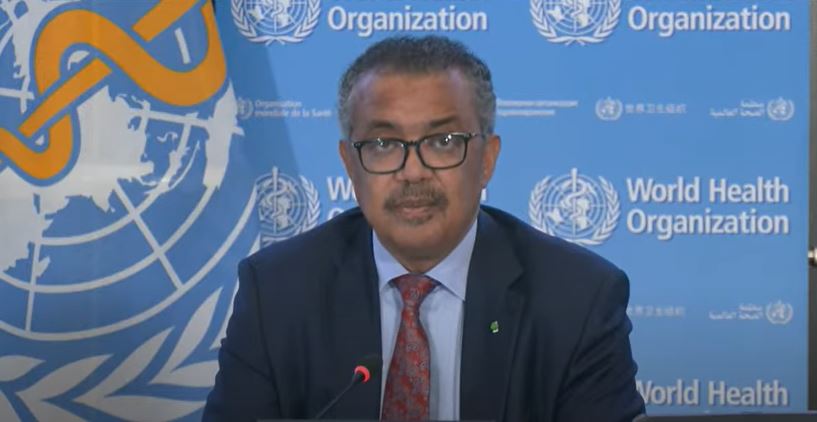 The Director-General of the World Health Organisation (WHO), Tedros Adhanom Ghebreyesus, has announced he would convene an emergency committee meeting on Thursday, June 23 to assess the implication of the outbreak of the monkeypox virus.

He says the committee will be tasked to determine “whether this outbreak represents a public health emergency of international concern.”

Mr. Ghebreyesus explained that the decision to convene the committee is also due to a recent “unusual” behaviour shown by the virus as it keeps spreading in countries beyond Africa.

“We believe that it needs also some coordinated response because of the geographic spread.”

In a press briefing on Tuesday, June 14, he added that the Organisation is working with experts to officially rename the monkeypox due to concerns being raised about stigma and racism.

“WHO is also working with partners and experts from around the world on changing the name of monkeypox virus, its clades and the disease it causes. We will make an announcement about the new names as soon as possible,” he added.

Five cases of monkeypox have been confirmed in the Eastern, Bono and Greater Accra regions, the Ghana Health Service (GHS) has announced.

The global outbreak of #monkeypox is clearly unusual and concerning. I have decided to convene the Emergency Committee under the International Health Regulations on Thursday next week, to assess whether this outbreak represents a public health emergency of international concern.

One of the cases was recorded in a Ghanaian who travelled to the United States of America from Ghana.

“So far, since the outbreak, we’ve tested 12 suspected cases in Ghana since May 24, 2022. Currently, we have confirmed five cases in three regions – Eastern, Bono and Greater Accra. No deaths have occurred among the cases,” he revealed at press briefing on Wednesday, June 8.

Transmission can also occur by inoculation or via the placenta (congenital monkeypox). There is no evidence, to date, that person-to-person transmission alone can sustain monkeypox infections in the human population

The infection can be divided into two periods:

The skin eruption period (within 1-3 days after the appearance of fever) where the various stages of the rash appears, often beginning on the face and then spreading elsewhere on the body.

There are no specific treatments or vaccines available for monkeypox infection, but outbreaks can be controlled.

Vaccination against smallpox has been proven to be 85% effective in preventing monkeypox in the past but the vaccine is no longer available to the general public after it was discontinued following global smallpox eradication.

In the absence of specific treatment or vaccine, the only way to reduce infection in people is by raising awareness of the risk factors and educating people about the measures they can take to reduce exposure to the virus.

Regular hand washing should be carried out after caring for or visiting sick people.

Reducing the risk of animal-to-human transmission. Efforts to prevent transmission in endemic regions should focus on thoroughly cooking all animal products (blood, meat) before eating.

Healthcare workers and those treating or exposed to patients with monkeypox or their samples should consider being immunized against smallpox via their national health authorities.