Why ES Sétif need Daniel Lomotey. And why he’s bound to shine 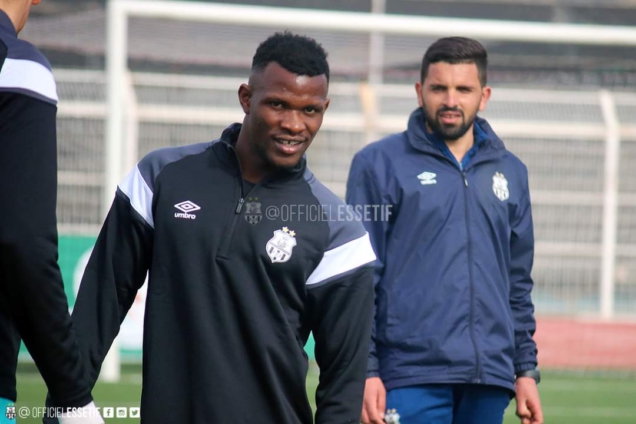 The Ghana Premier League lost one of its stars eight games into the season following the departure of WAFA striker Daniel Lomotey.

Lomotey left Ghana for Algeria by signing for ES Setif in January after an excellent start to the season, where he had scored eight goals in eight games.

The 21-year-old had many suitors and even went on trials in Tunisia with AS Soliman, but eventually settled for a three-year contract with Setif.

“For me, ES Setif is the best decision after negotiations with AS Soliman couldn’t go through. It’s football and I don’t think there’s anything wrong with me playing for ES Setif,” he is reported to have told Oyerepa FM.

Less than a month after leaving, Lomotey returns to Ghana with his new club to take on Asante Kotoko in the Caf Confederation Cup play-off round. The first leg in Accra will be played on Sunday.

Ahead of the match, Algerian journalist Walid Bylka tells Joy Sports why the high-flying club need the striker.

In the interview, Walid explained why Setif did not wait till the end of the season before signing Lomotey. “With regards to Setif, even though they have the best attack in Algerian league this season, they don’t really have an out and out striker. The top scorer of the team is a 20-year-old kid, who basically comes out as a substitute, more of a winger, not really a centre forward.

“Most of the other goals have come from set-pieces or counter-attacks so they don’t really have a target man to lead the front line. Just to show you the urgency, even though they are top of the league and have the number one attack, they are only allowed to sign one player due to league rules and they chose to sign Daniel Lomotey. That just tells you how much of a need it was for the team and how bigger the signing is going to be for them.”

Asked about Lomotey’s chances of earning regular playing time at Setif, Walid responded: “Obviously, playing time is not guaranteed and the player has to prove himself, prove his worth that he deserves playing time. But with regards to Setif, there is a big opportunity for him to play regularly because they do lack a true out and out striker.

Last game, the starting striker, Malick Touré is more of a winger, sometimes playing behind the striker. Previously, they used another winger. It is definitely a big opportunity and if he can prove himself, he could get right into the starting lineup because that is where the club’s biggest point is.”

Sétif are leading the Algerian top flight after 12 games with 27 points.

DISCLAIMER: The Views, Comments, Opinions, Contributions and Statements made by Readers and Contributors on this platform do not necessarily represent the views or policy of Multimedia Group Limited.
Tags:
Algerian
Daniel Lomotey
ES Setif
Ghana Premier League