Why I wish my father-in-law was dead 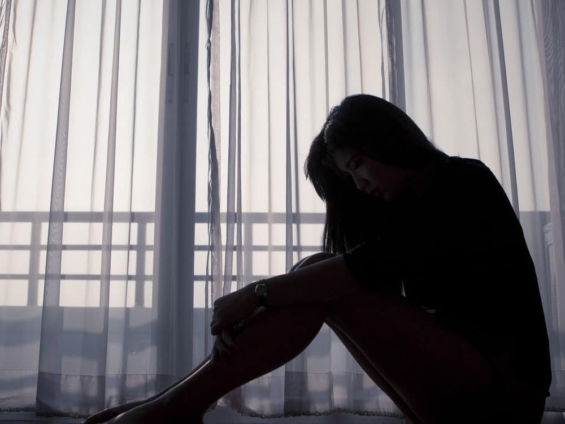 When I met my future father-in-law, he was a bit quiet. My boyfriend, Paul, had warned me that his dad was quiet and didn’t socialize, but I figured I could get him to talk to me; I can talk to anyone.

So, I’d bring things up that he was interested in like history, hunting, and his job as a butcher just so we’d have something to talk about. Plus, I wanted him to like me.

Paul seemed to have a decent relationship with his father. They’d usually go to the movies together or go grocery shopping or just hang out as father and son. But there was still a distance between them; they never spoke about their feelings and emotions ever.

A year into our relationship, Paul lost his job and we had to move back home with his parents.

I was a little worried about my relationship with his father but tried to be positive about the situation. No, we weren’t best pals but we didn’t have to be… right?

Paul’s dad is retired, so he doesn’t go anywhere. A typical day is: waking up, watching TV all day, taking a nap, eating dinner, go to bed. That’s literally it.

The longer we lived with his parents, the more Paul’s dad changed. He became lazier and hardly said a word to me, even when I tried to initiate conversation. We slowly grew apart to the point where our relationship was non-existent.

To repay his parents for letting us stay with them rent-free, we began cooking dinner every night. His dad would always complain about what we cooked, though. Not to mention, he’d throw a fit when it wasn’t pork or beef. His temper worsened and worsened.

Screaming matches became status-quo and his behavior bordered on emotional abuse. He yelled bloody murder about the stupidest stuff, like when we’d ask him to repeat himself or if we ‘asked too many questions.’

I’ve even overheard him talking badly about my mom and dad, saying things like “She’s so immature,” “Why do they always have to get in your business?” and “I wouldn’t put up with that sh*t if I were you.”

Over time, his miserable existence has gotten to me. I’d really like a closer relationship with him. I’d like us to be able to talk about basic things and share our feelings on a given topic. I’d like us to walk the dogs together without feeling the awkward tension between us.

At first, I cared that our relationship was really in dire of help. Now I don’t have the energy.

I hate to say this, but sometimes times I really wish he was dead.

I wish he wouldn’t wake up in the morning. I hope he’ll have a heart attack and not recover.

Maybe that’s wrong or bad for me to think, but it’s true. I’d never admitted that to my husband, of course, but it’s the truth.

If my father-in-law weren’t around, I wouldn’t have to feel nervous about doing something as simple as going out in the kitchen and grabbing food.

The pointless, endless arguments at the dinner table would dissipate. I wouldn’t feel intimidated all the time. I wouldn’t feel scared or paranoid that he’s going to judge me for simply existing in his presence.

I never think about murdering him or anything crazy like that. I just wish he was dead.

DISCLAIMER: The Views, Comments, Opinions, Contributions and Statements made by Readers and Contributors on this platform do not necessarily represent the views or policy of Multimedia Group Limited.
Tags:
Boyfriend
Father-in-law
Relationship