Why inflation is still rising when exchange rates have slowed down – Prof. Annim explains 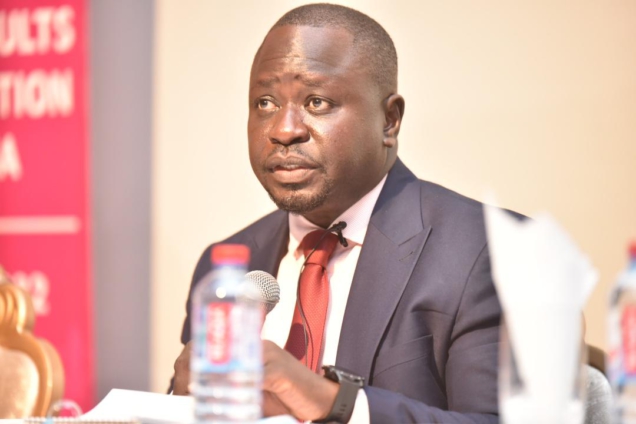 Government Statistician, Prof. Samuel Kobina Annim, has indicated that the fall in exchange rates will not automatically reflect in the prices of goods immediately, rather it will require some time which is known as the “pass-through effect”.

Speaking on the PM Express Business Edition on Joy News, Thursday, he said that aside from the pass-through effect which requires time, there is also the multiple pass-throughs which simply tackle the various commodities that are affected by the drop in exchange rates and their different weights.

According to him, when more than one item is being affected by the drop in exchange rates, then it becomes complicated because you cannot exhaust the pass-through effect on just one item when there are others with greater weights.

“If diesel drops, you don’t expect bus/trotro fares to automatically go down”, he said.

While explaining, he also mentioned that before goods get to their final consumers, they pass through certain stages, these individual stages will be systematically affected by the exchange rates drop depending on how huge their weights are in the “basket”.

Prof. Annim continued that when major items see marginal changes in their prices and these major items again have other pass-through effects on smaller-weight items, that effect diminishes. Such that the decrease in petrol prices will be higher than that of bus/trotro fares which will subsequently be relatively higher than the prices of goods.

Ghana’s cedi has seen a positive change in the past few months, but it seems this change has still not reflected in the prices of goods and the talk of it gets louder by the day.

DISCLAIMER: The Views, Comments, Opinions, Contributions and Statements made by Readers and Contributors on this platform do not necessarily represent the views or policy of Multimedia Group Limited.
Tags:
Inflation
Prof. Samuel Kobina Annim