Why NDC does not like IPAC for now: 5 things we learned on Newsfile 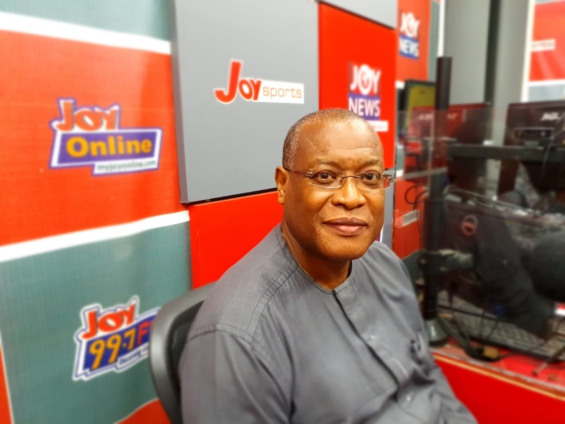 The main opposition National Democratic Congress is unhappy at the Electoral Commission’s posture towards its proposals for electoral reforms. EC has suggested the NDC takes the proposals to Inter-Party Advisory Committee (IPAC). But IPAC doesn’t have a secretariat, and its meetings are convened by EC, so Alex Segbefia, who is the NDC’s Head of International Relations, finds the EC posture as confrontational when it does not appear to want to entertain the proposals but rather wants IPAC to first look at it. “You are stepping into politics which is unnecessary,” Alex Segbefia said.

NDC does not feel comfortable with the current posture of IPAC. It finds the committee of all parties quite hostile towards their ideas and welcoming towards the governing NPP.

Several NDC-sponsored proposals at IPAC ahead of the 2020 general elections failed to garner support from the other parties. This is one of the reasons why the NDC wants its electoral proposals to be decided by consensus and not by voting, Alex Segbefia said.

He explained that IPAC in its early years discussed ideas and reached an agreement by consensus. “There was no voting. This is very crucial,” he said and urged a return to that kind of decision-making process.

3. Time to deal with Accra parties

Martin Kpebu called them “Accra parties”, while Samson Anyenini described them as “one-man parties” who are often sponsored by whichever party is in power to frustrate their main rival during meetings. The two, in particular, want to see the Electoral Commission apply the law on political parties, may of which these smaller parties would fail to meet requirements such as audited accounts, having party offices nationally and founding members from every district.

But despite their routine failure, these smaller parties have a seat at IPAC and play around with the big boys – NPP and NDC.

“Some of the names of these parties, I haven’t heard them before, to be frank with you. I didn’t know they existed as parties,” Alex Segbefia expressed shock. However, he had a suggestion on how the EC could handle these parties. First, give them a grace period of at most three years to comply with the law, and while they do that, they should have no voting rights at IPAC just like CSO and donor partners do not have when they come for IPAC meetings.

4. Time for a multiparty democracy commission?

That was IDEG’s suggestion. Its Executive Director, Dr Emmanuel Akwetey, believes it’s time to have a multiparty democracy commission to regulate parties while the EC simply focuses on organizing elections. He said such a Commission can better get the two main political rivals NPP and NDC, talking and avoid the walkouts that occasion election-related meetings. Right now, the EC and the NDC have a “toxic relationship”, Samson Lardy Anyenini noted.

But Dr Akwetey says a multiparty democracy commission can facilitate conversations among the parties and the EC and be a “compelling power.” But wouldn’t that undercut the independence of the Electoral Commission? No, says Dr Akwetey. His commission is about developing political parties as agents of Ghana’s development, while the EC would just be about organizing polls, he explained.

The NDC’s electoral reform proposals actually have some ideas NPP should like, such as giving IPAC legislative backing. Right now, IPAC is just a committee that meets at the pleasure of the EC. First formed in 1994, IPAC has served Ghana’s democracy well, as political parties have used the platform to push for a more transparent and accountable process of choosing political leaders.

So why not sort of put a ring on it and make it more legal, the NDC is basically saying? In fact, that was exactly one of the proposals the NPP made in 2013 after it had lost the 2012 general elections. Notably, even the Supreme Court backed this idea when it proposed the legalization of IPAC during the 2013 election petition. “So, what are we waiting for?” Martin Kpebu called for the swift implementation of the proposal.