Why the Pussycat Dolls had ‘unfinished business’

The Pussycat Dolls reunion was supposed to be top secret.

Rumours had been swirling for several months, but journalists were under instruction not to confirm anything ahead of the group’s surprise reunion performance on X Factor: Celebrity this weekend.

Louis Walsh, however, may have missed the memo.

“You know who’s coming on? The Pussycat Dolls are the special guests!” he told Lorraine Kelly during a live TV interview on Monday. “There’s an exclusive for you. They’re back together.”

The pussycat was firmly out of the bag.

“Half the time, Louis doesn’t even know what he’s talking about, so I was just surprised he got that one right,” laughs his co-judge Nicole Scherzinger, lead singer of the Dolls.

“You could see in his face though,” adds Carmit Bachar. “After he said it, he was like ‘did I just drop the ball?'”

It’s now officially announced that Nicole and Carmit, along with Ashley Roberts, Kimberly Wyatt and Jessica Sutta, are all set to return for nine live UK shows in April 2020.

“It’s been a few years in the making,” explains Kimberly. “But I think ultimately there’s some unfinished business with the Pussycat Dolls. 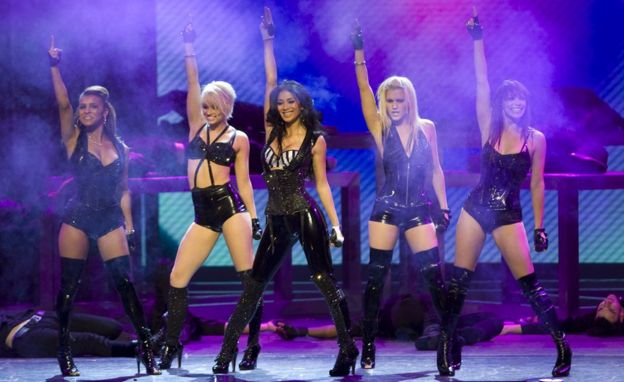 “We’re ready to get out there and do what we love. And the stars aligned. We’ve all been busy making babies and all those kinds of things,” she adds (before Nicole interjects: “Speak for yourself!”).

The Dolls broke up relatively early, in 2010, having released just two albums. And it’s not as if their star was fading at the time they split.

They’d scored number one hits in the UK with Stickwitu and Don’t Cha, while Jai Ho, Beep, Buttonz and When I Grow Up all hit the top 10 over their five years together.

Nonetheless, the group splintered off for various solo projects, but all have kept strong links with the UK.

Kimberly now lives in London with her British husband. Ashley appeared on Strictly and I’m A Celebrity and now presents on Heart radio. Nicole has performed in the West End, judged on X Factor and topped the UK singles chart with one of her solo hits, Don’t Hold Your Breath.

“LA was our home, but the UK was our second home because the British just scooped us up,” says Ashley. “So our lives ended up here as well, some of us, so the fans have just been holding on strong with wanting this reunion and our biggest fanbase is over here.”

One member – Melody Thornton – is notably absent from the reunion, amid suggestions that she was requesting a larger share of the singing parts. Nicole sang 95% of the group’s vocals across their first two albums, by her own admission. 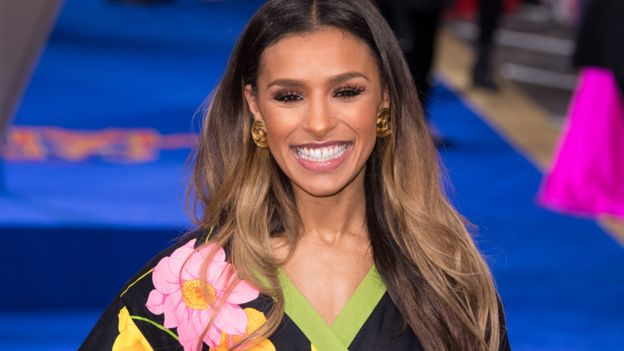 Melody Thornton is not taking part in the reunion

Speaking to VH1’s Behind The Music in 2012, producer Ron Fair confirmed: “Melody sang a bit here and there but the records were Nicole, with the exception of an occasional ad lib. They were Nicole.”

As a result, Melody has often spoken about feeling under-used as a singer during her time with the group.

“They said, ‘we’re going to have Nicole do all of the recording, you’re going to have to learn to dance with the rest of the girls’,” Melody explained earlier this year when she was in the UK for Dancing on Ice.

“And for me it really affected my confidence because I wasn’t using my best asset [my voice]. And I was the weakest dancer.”

Explaining her absence from the reunion tour, Ashley says: “Mel’s got a lot of projects going on in life.

“She was included in all of this, she’s our sister, the door is always open, but it just wasn’t the right timing for her right now. We wish her well.”

The Dolls avoid the question of whether the vocals will be divided up more evenly this time around – which, to be fair, could just be down to the fact they haven’t started rehearsals yet.

But Nicole says: “This is a tour that we’ve never created, so we’re really excited. Everybody brings their own unique gifts to the table. 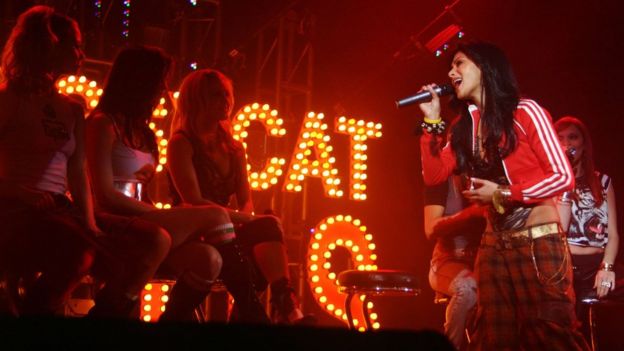 She breezes past any suggestion that there is disharmony within the group. “We’re not famous for that are we? We get along, it’s a sisterhood, we love each other, we have the best chemistry,” she says. “We feed off each other, and if we ever have an issue, we’ve always been open about communication and talking it through.

“Naturally, when you’re so close, there may be some disagreements, some arguments. But that’s the beauty, what makes you stronger. We’ve evolved so much. Like, bye drama! We want this to be really enjoyable for us.”

The Dolls were known for their suggestive outfits and dancing, which occasionally landed them in trouble. A company who booked them for a gig in Malaysia in 2006 was fined after authorities objected to their sexually explicit dancing.

Culturally, things have shifted a little since then. Lingerie brand Victoria’s Secret announced last week they were dropping their annual fashion show amid criticism it was sexist and outdated.

With that in mind, will the Dolls change any of their image or choreography?

“It’s evolved, but we are the Pussycat Dolls and we stand together in having fun on stage and embracing our female bodies, whatever shape they may be in,” says Ashley. 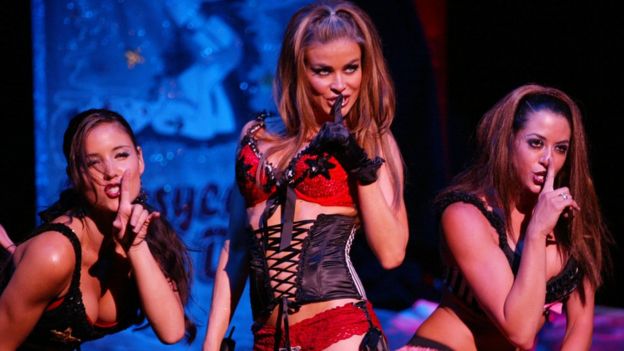 Carmen Electra (centre) performing with the Pussycat Dolls in 2002

“And I think that will continue, fashion has evolved and we get to have fun and play and getting dressed up is what the Dolls is about.”

Nicole adds: “We’re excited about being fashion forward. We’ll be taking a lot of inspiration from the runways. We really love what Dua [Lipa] has been doing with fashion, so it’s going to be the best of both worlds. But danceable!”

The sexually suggestive image is a nod to the Dolls’ roots as a burlesque dance troupe. The group, which was founded by Robin Antin in 1995, attracted a huge following in Hollywood, with stars like Britney Spears, Pink and Carmen Electra joining them on stage.

Nicole was recruited after auditioning for talent show Popstars to sing the lead vocals (although British singer VV Brown claimed she performed all the backing vocals, not the other Dolls).

Chart success and headline world tours soon followed. This time around, the five-piece are keen to ensure they savour and enjoy the whole experience.

“It was such a whirlwind,” Ashley recalls of their rise to fame. “It was all just going, going, going, and it’s hard to stay present within it and have gratitude for that present moment. 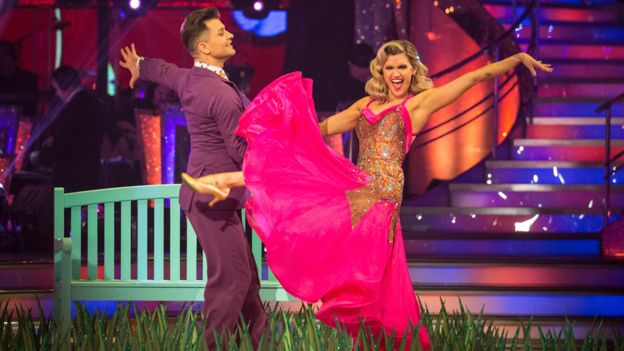 “But I think with us maturing over the last 10 years and all the life experience that’s happened, we can hopefully bring that in and stay within the moment and enjoy it.”

The tour could potentially be the first of several new Dolls projects, according to Nicole. “We’re working on new music. But we’re doing one thing at a time. We’re together, we’re focusing, we’ve got a massive performance [on X Factor] at the end of this week, which is huge for us, and then we’re all focusing on the tour.”

She adds how much of a relief it is to once again be surrounded by her bandmates after pursuing her own projects for so long. This year alone, Nicole has judged on The Masked Singer, Australia’s Got Talent and X Factor: Celebrity.

“I feel blessed because I’m doing all these different shows, different continents, and these press days, it’s so much more fun and way easier with the girls ’cause I’m like, ‘we got this!’

“It’s so much easier I think, and it’s jogging our memories a lot.”