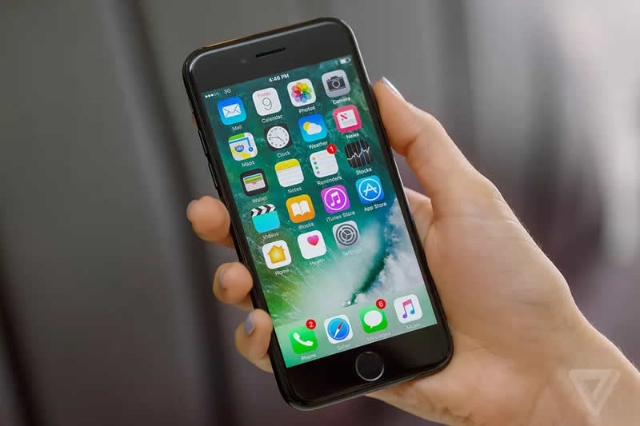 Temperatures across the UK are dropping, with the ‘Beast from the East’ set to hit parts of the country – and it could have a surprising effect on your gadgets.

In a previous cold snap, several iPhone users reported their devices have turned themselves off unexpectedly at inconvenient moments, despite being fully charged.

While this may seem odd, most electronics manufacturers warn that their devices might behave unusually if they’re taken into extreme cold or heat.

Apple’s Support website states that using an iOS device in below-freezing temperatures might temporarily shorten battery life and could cause the device to turn off.

That’s because the rechargeable lithium-ion batteries inside iPhones contain an electrolyte liquid that crystallises when it drops below a certain temperature.

This prevents electricity from flowing through the battery, which can stop the phone from working altogether.

What can you do?

Luckily, the effect is only temporary. Apple says battery life will return to normal once you bring the device back to a higher ambient temperature.

The company recommends storing iPhones between -20º and 45º C (-4º to 113º F), and not leaving them in a car overnight, as temperatures in can exceed this range.

If you own an iPhone X, the explanation might be slightly different.

Some iPhone X users reported that the device’s touchscreen became unresponsive when the temperature dropped below a certain threshold.

Apple acknowledged the issue in a statement given to The Loop.

“We are aware of instances where the iPhone X screen will become temporarily unresponsive to touch after a rapid change to a cold environment,” a spokesperson for the company said.

“After several seconds the screen will become fully responsive again. This will be addressed in an upcoming software update.”

Apple later released a software update – iOS 11.1.2 – which appeared to have solved the issue for most users.

So if you haven’t already, make sure your iPhone X is running the latest version of Apple’s operating system.