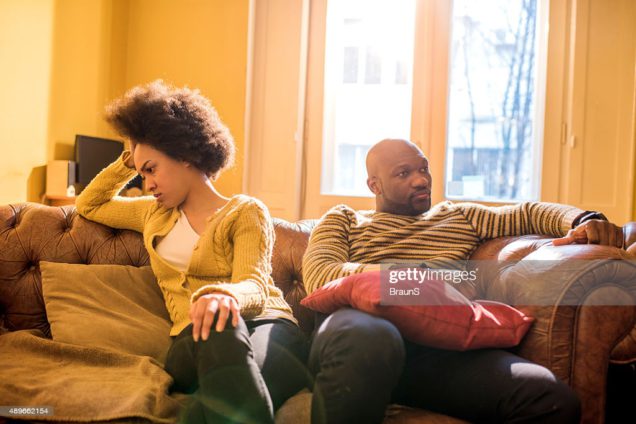 A woman posted to the subreddit, “r/TrueOffMyChest” to express her disgust with her best friend and her soon-to-be ex-boyfriend.

Before going into her story, she expressed that she is “angry, sad, devastated, horrified and can’t stop laughing at this complete stupidity.”

The woman explained that she had been dating her boyfriend for four years and thought he would be the man she would marry.

As for the friend who betrayed her, the writer said, “I thought my best friend since we were teens would be my maid of honor.”

Her best friend confessed to sleeping with her boyfriend for more than a year.

The day before posting her story, the woman’s so-called bestie had confessed to having an affair with the boyfriend for a year and a half.

To justify her bad behavior, the best friend explained that the deception “was never supposed to happen like this.”

The woman did not believe her friend’s logic, stating, “Honestly the smell of bulls–t coming out of her mouth made me dizzy.”

To make matters worse, the guilty woman confessed that the affair had led to a pregnancy.

She claimed to feel “horribly guilty” and went on to ask the woman she betrayed to remain in her life and to be the Godmother to her baby.

Taken aback by the request, the writer called the woman a “wh—” and said, “She must have knocked her head on his tiny little ba— a few too many times and got brain damage.”

They say hindsight is 20/20 and the poster agrees that all of the signs were there and she should have known about the deception.

Looking back, she recalled all the times she would catch her boyfriend and her best friend “giving each other looks.”

Then there were the unexpected visits to the home when the poster wasn’t there.

Her untrustworthy friend claimed to be paying her a surprise visit.

The woman confirmed near the end of her post that both people that had done her wrong would “go down as my ex in my contacts.”

She updated the post to let people know she was grateful for their support.

After an outpouring of kind words, the Redditor updated her post to show gratitude for all the positive responses she had received.

One commenter said, “The heading of this post alone explains how weird this situation is. It’s again sad that you are the victim of this situation. But don’t worry this will pass and you will find better days ahead and better companion.”

Another person talked about his experience with a similar situation.

“Let yourself feel all these feelings [original poster],” they said. “Your post reminded me of how I handled my ex that got pregnant by my (ex) best friend of 20yrs.”

“He wanted to stay friends. Even sent me an invite to be his best man. I was hurt but all I could do was laugh.”

He mentioned how the story ended, adding “5 years later he messaged me crying, ‘you were right man, she cheated on me too.'”

The woman also acknowledged the people that found the situation funny, taking their laughter and jokes in stride and promising to “keep laughing through the pain.”

DISCLAIMER: The Views, Comments, Opinions, Contributions and Statements made by Readers and Contributors on this platform do not necessarily represent the views or policy of Multimedia Group Limited.
Tags:
Boyfriend
Cheat
Woman